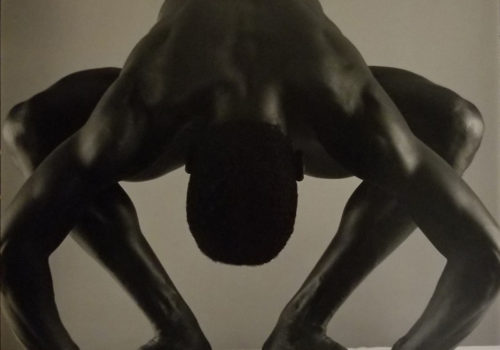 The Lockwood Gallery presents Bruce Cahn: Discovered, a solo exhibition highlighting the prolific though little-known practice of the late artist Bruce Cahn (1942-2020). Cahn’s creative approach was meticulous and extensively varied, exploring all media of visual art with aesthetic, conceptual, and technical precision. This focused survey will bring together over fifty multidisciplinary works—including marble sculptures, watercolors, oil paintings, photographs, and ceramics — that showcase the vast depths of the artist’s complex and mysterious oeuvre.

Born in the Bronx, Bruce Cahn led an eccentric, yet solitary life driven by an all- consuming desire to live life as an ongoing creative process. The son of a prominent New York City caterer, he spent his childhood comfortable but socially disinterested, preferring to spend time in his parent’s basement sculpting anatomical studies of the human form or mounting shows upstairs of his drawings and prints. After attending the Horace Mann School where he studied sculpture under the esteemed arts instructor Ion Theodore, he worked briefly for his father’s Kosher catering company at the Grand Concourse employing his skillset and love of form to create custom ice sculptures for events.

Despite conventional success, Bruce’s creative ambitions persisted. He continued his education at Bard College, where he studied with Harvey Fite, whom he visited at his quarry, Opus 40, in Saugerties, NY; Rhode Island School of Design; and with sculptor José Mariano de Creeft. He also became a lifetime member of The Art Students League, a refuge he routinely frequented to draw, paint, and make sculptures. It was within the walls of these institutions that Bruce began his far-reaching and lifelong exploration into the formal elements of art.

An outsider in many senses of the word, Bruce Cahn was a prolific and reclusive creator of a diverse range of distinctive images and sculptural objects. His practice was both obsessive and spiritual, working tirelessly, day-after-day, in private to perfect each hand- made visual art discipline—a goal he believed that would prepare him for his next life. Once he’d become an expert in one medium, he would turn to another – always learning, always growing.

In his isolation he amassed a lifetime of highly unique pieces, produced over a 25-year period inside of his modest Chelsea studio or cottage in Woodstock, and included street photography, analog photographs, nude watercolor studies, geometric oil paintings, and eccentric self-portraits. In this large and unusual collection, Bruce Cahn’s extraordinary talent as a colorist, his sensitivity to line, and rhythmic compositions combine to create a formal beauty that finds a place in any defined art category.

Bruce Cahn’s devotion to creativity was broad and continuous, an internal contest of mastery. Now, the public has the opportunity to view his prodigious body of work from a singular vantage.