The History of Twentieth-century European Photography 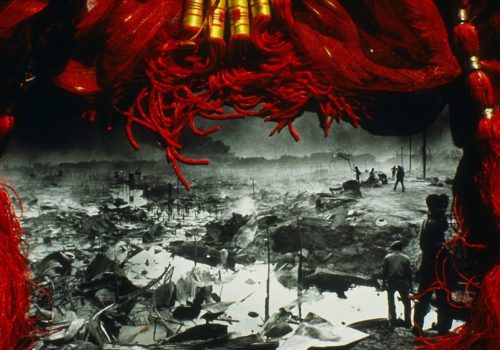 The History of European Photography (1900–2000) is an international research project published in English in three volumes, 600-page each, and 5,000 copies per volume. It brings together over 45 contributors from 35 countries. The project was coordinated by Vàclav Macek, professor at the University of Bratislava and director Bratislava’s Month of Photography. Volume 1 covers the period 1900–1938, volume 2—the period 1939–1970, and volume 3—the period 1971–2000. Each volume is organized alphabetically by country. Copiously illustrated, the books contain, in addition to a general overview, biographies of key artists cited in the text, as well as a bibliography. A book launch for volume 3 was held on November 10, 2016 at the Maison Européenne de la Photographie in Paris.

The third volume is entitled French Photography from 1970 to 2000 and is prefaced by an article by Pierre-Jean Amar who writes: “Vàclav Macek approached me to write an article on French photography between 1970 and 2000. I have decided to concentrate on select key aspect of this period, and in particular on the golden age of photojournalism and the creation of the great agencies, such as Gamma, Sygma, and Sipa, as well as the discovery of a number of young talents, including Guy Le Querrec, Sebastião Salgado, Raymond Depardon, and Gilles Caron. Another area of focus is the development of photography in the fields of fashion, architecture, and advertising. The worlds of journalism and publishing are examined through books and magazines that left a mark on the period in question, such as the landmark publication by the Interministerial Delegation of Land Planning and Regional Attractiveness (DATAR), Bernard Plossu’s Voyage Mexicain, or the creation of  Photo Magazine. The history of French photography has been shaped by the emergence of the art market: photographs began to sell just like paintings or engravings. Humanist photographers, such as Cartier-Bresson, Doisneau, and Ronis, saw the prices of their prints rise, while art photography began to penetrate the market previously dominated by painting, often with monumental works such as those by Christine Spengler, Georges Rousse, and Yan Morvan. I selected a number of illustrations, privileging lesser known authors whose work is worth noting.”