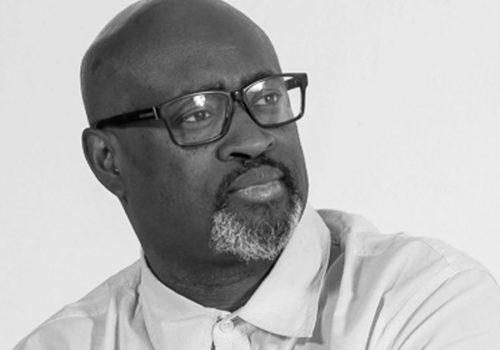 Cheick Diallo is for the first time the general director of the 13th edition of the Rencontres de Bamako. He looks back on a complex edition to put together and on the strength of the biennial.

Cheick Diallo, you are a designer, architect by training and founder of the Association of African Designers (AAD). You are for the first time General Delegate of the Rencontres de Bamako. How do you explain this transition from design to photography?

Photography was present in my studies in the curriculum of design and architecture, and of course, in the cinema. In 2019, I realized the scenography of the edition and I was so involved that the Malian government offered me to take the direction of the Biennale. It was previously Lassana Igo Diarra. The Rencontres of Bamako rely on a small team of five tightly knit people. The 2022 edition was conceived by the guest curator Bonaventure Soh Bejeng Ndikung, like the previous edition.

How was this biennial conceived?

It was interesting but tedious. Interesting insofar as the curator’s choices are complemented by those of the curatorial team. Tedious because the organization of this biennial was more complicated than in previous years. On a personal note, directing a biennial, supervising its organization and designing its scenography would otherwise have required several different professions.

Let’s come back to the scenography, which seems to me to be particularly successful. The choice of venues plays a major role in this, as in the case of the former railway station or the African House of Photography.

In 2019, we had designed a scenography that was a little too strong. It could overshadow the exhibitions, which is not the goal. But we had to mark the 25th anniversary of the Biennale and give it another dimension. We had put our hearts into it. This year, I thought it was good to leave the place, as it should be, to photography. We have been criticized recently for being so sober. But it is necessary to give the visitors the possibility to see the works explode, that they take over the space.

The current biennial takes place in seven different spaces. Organizing an exhibition in the railway station of Bamako is an old dream of mine. It is the very first time that it happens. We were talking about our heritage and this space has its own history for me. It is located next to the Buffet de la Gare, a place that was for a long time a strong musical scene, a place of encounters with the artists and its public. When we were kids, we used to pick up packages from Senegal and we used to go and listen to music at the Buffet. For the opening of the Biennale, the musician Cheikh Tidiane Seck performed there with a Raï band. And the train station has a particularly strong architecture, with its platforms, its gallery just repainted. It was the moment. This station is the central heart of Bamako. And a whole generation is unaware of its history, because it is no longer in use. One of my nephews didn’t know it existed. He crosses the tracks every day but doesn’t know that Bamako has its station. And we didn’t want a business man to buy it to make stores.

Another of the most surprising places at the Rencontres de Bamako is the Lycée de jeunes filles( the girl high school). It is still in operation. You can see these girls coming out of class.

We need this! If we want to reconcile photography with its public, we must not lock up the exhibitions in empty places. Today, everyone becomes a photographer but to feel concerned with photographic art is another challenge. Many Malians do not know that the Biennale takes place in Bamako. It is better known abroad than in Bamako. This is our mission. The school allows us to mediate. The day of the opening, I was drowning among the students. I hope that this canteen will become a place of culture in a mythical high school. My mother studied there. It is the high school that saw the first baccalaureate students in the city. And it is located in the heart of Bamako, in the Medina district.

How can the Rencontres de Bamako make itself better known to the local audience?

Let’s just say that the opportunity makes the thief. It’s not just a matter of holding exhibitions, but of organizing a lot of events and mediation, conferences, meetings where experienced photographers meet young photographers. I have an idea that will be, if we have the means, very strong: projecting every evening on the facade of the station the work of a different young photographer. To take them out of the state of observer and into the state of actor.

Is the future of the Rencontres de Bamako assured, in a complicated geopolitical and financial context – due in particular to the relations between Mali and France

The Biennale is as important as a bowl of rice. It’s a breath of fresh air for the mind. We have experienced many jolts but we have come through them well. Yes, there is this heavy French-Malian context. But as artists, we defend freedom. We are more open and we can, through these events, change positions or points of view. And the holding of this edition has raised awareness, provoked a real awakening. Personally, I will never give up. We must emphasize how possible it is to hold one edition after another, to unite energies. We must also show how unique this biennial is in Mali and in Africa. There are no other events of such a large scale in Mali.

The current edition presents African artists but also Caribbean, Asian and even North American. Finally, how could we summarize the spirit of this 13th edition?

This biennial is built on a pan-African spirit. It has an international dimension and must look beyond Africa, towards its diasporas, its communities that have a voice. This allows us not to be inward-looking, not to fall into navel-gazing or nostalgia. The borders are blurred with this biennial.