The 15th Anniversary of VII 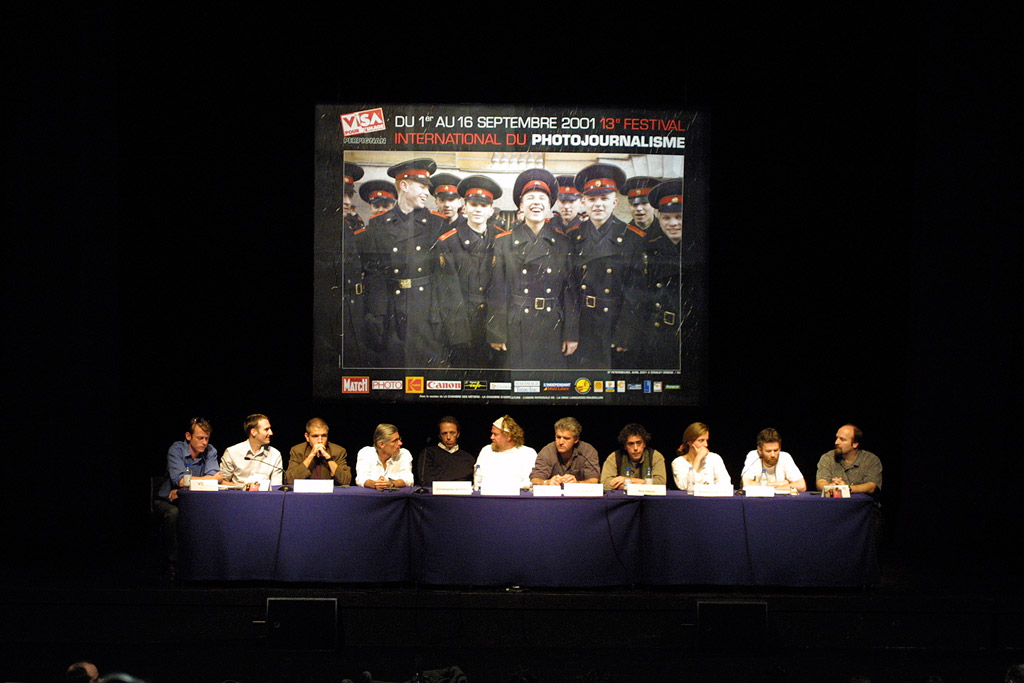 VII will always be linked to Visa pour L’image and to Perpignan. It’s in our DNA. On September the 6th 2001 a small group of friends sat on a stage and rather self-consciously launched VII at a press conference at Visa. At the time we had no idea whether we would survive 15 weeks and did not dare dream we would still be here 15 years later. The money we needed to pay our first salaries came out of the ATM machines at the Credit Mutuel just around the corner from the Castillet and Cafe de la Poste. I think that if we had known what we would be undertaking we may not have done it, but naivety has its benefits.

I remember learning of the assassination of Ahmed Shah Masood just prior to the projection on the 9th at the Campo Santo and later, at the terrace of the Cafe de La Poste wondering what the significance of that was? On September 11th we found out. I was in Alex Boulat’s apartment in Paris with Ron Haviv watching the second plane fly into the World Trade Center trying to get hold of Jim Nachtwey who was underneath the Twin Towers photographing them. The rest of us packed our bags and hurriedly left Paris to get to Afghanistan or New York. And so VII was born.

It’s been an incredible adventure since, with some great days and some dark days. The darkest came a little over 6 years later in October 2007 when Alex died in Paris. A little bit of VII died with her but from her also came the determination to survive and face the tough environment that the media business increasingly became.

When I look at the photo of us all taken by Jerome Delay at that press conference – apart from marveling at how much older we all look – I am filled with many great memories of the intervening years and the wonderful people we have laughed and cried with at Visa. Thanks to Jean-Francois, Sylvie, to Annie and everyone who has shared the journey with us.

A Special Evening with Agence VII at Fnac Montparnasse