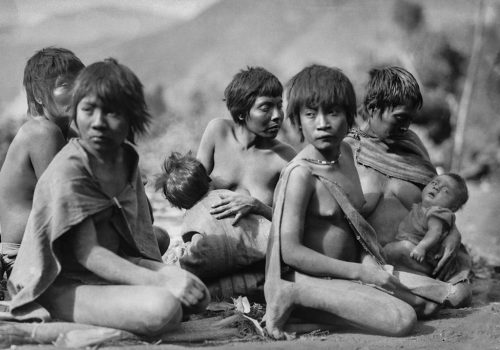 The Belgian Robert de Wavrin de Villers-au-Tertre (1888-1971) undertook a vast photographic work about the peoples of South America. The publishing house Husson publishes a book on this moving work.

Who was this amazing aristocrat who became passionate about indigenous tribes from various parts of South America? Going to Paraguay, Argentina and Peru at the same time, the man made many trips at a time when these people were still preserved from European incursions and was able to bring back a large number of clichés that fascinate today. The book published by Editions Husson tells us his journey punctuated by an impressive number of trips in an environment that was then difficult to pass. This is what we can observe in the first photographs of the book devoted to the adventure that these trips. We see how wild nature and the man so small inside … Above all, we have a beautiful glimpse of the change of scenery that the Marquis de Wavrin had to live by going to those countries so far away from his native Belgium.

“What intense memories. Only in my memory is the image of the unforgettable hours spent in the depths of the immense forest, when, with my feet in the water or in the mud, my forehead curved under the glare of a relentless sun, I lingered to those beings who are still seeking their way in a new world: the Indians and the beasts, “writes the man in his logbook. In fact, it will succeed in penetrating hard-to-reach areas and even manage to be integrated among the indigenous populations. “To understand the mentality of the Indians, we must put ourselves within their reach, abdicate their own knowledge or conceptions of things and seek to see them with the only knowledge available to those to whom we inquire. It is necessary to live with them and like them, to share their way of life, staying in their villages, traveling, hunting and camping with them and in their midst.” He wrote again.

What is also striking is how this individual managed to do a real job as anthropologist while he sought, initially, to escape from his country in exotic travel. Thus, Robert de Wavrin will abandon the hunt for the pleasure he initially practiced as an elegant sport – a gallery of photographs attest to this in the book where he is seen posing next to his trophies – before hunting only for his own survival in the jungle. But it is in the art of portraiture that the photographer he became excellent, managing to catch dazzling faces, mouths covered with tattoos, bodies stretched out on the horizon of the day in a staggering nudity. The whole encased in a philosopher’s speech: “I always introduced myself to the Indians as a friend, frankly, without arms, in the open. (…) As long as the Indian understands that you are not coming to rape him, steal his wife or rape his daughter, but to share his life, he adopts you and you could not find a friend more secure or more hospital. I sleep more quietly in an Indian hut than in a large room hotel. ”