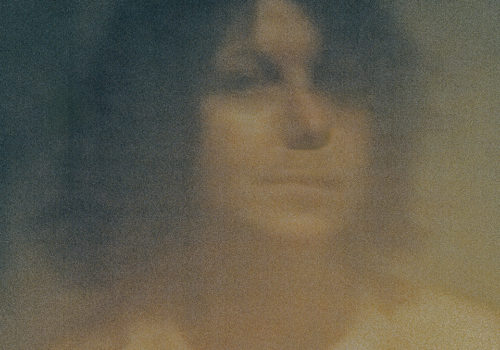 I invite you into this new era whose birth, for future historians, may be set March 11th, 2021. While our entire planet was entangled in the painful realities of our biological survival, the height of the illusory settled – probably in a lasting way – among us. That day, an immaterial work (or almost) by an author little known in artistic circles, was offered for sale in a digital auction system; and thus, it found an anonymous taker (certainly the appropriate term) who paid for his ghostly acquisition with crypto currency, a sum of about 69 million us dollars. Nothing tangible, nothing palpable, that day there was only a flow … of winds that made our world swoon.

It might be stupid; but, I thought back to the theatrical work of the surrealist René de Obaldia, playwright and poet who will be admitted among the immortals of the French Academy. Particularly in his comedy with an ironic sense of humour “du vent dans les branches des sassafras” which transports our effective life in a world which remains present without being there. We are indeed in an ironic situation where an imaginary transaction in the strict sense finds its counterpart through a payment with conditional money. Just as the theatrical pseudo-western tried to establish itself among the plains of the American West, the programmed ersatz of an artistic patchouli tries to slip into the space of contemporary creation.

The author who calls himself Beeple (in fact Beeple Crap), whose real name is Mike Winklemann, was relatively unknown in artistic circles despite already two or three eccentricities or hoax. The man defines himself as a digital artist who is approaching his forties and claims to be very stunned by what is happening to him. This quiet father has been a specialist for many years of well-known digital designs and creations in the fields of communication and advertising. And then, over the years, he has become a very important provider on Instagram. This is how this collector of pictures of other people, specialist in puzzle and mosaic, has just climbed on the podium (only on the third step; but, not so bad) as the most valued contemporary creators.

The artwork that saw its price ignite during the fortnight of the rise in online auctions is called: “Everydays: The First 5,000 Days”. As its title shows the realisation of this kind of mosaic obtained by digital collages lasted 5000 days and would therefore have started as early as 2007. Thousands images, drawings, digital photographs were agglutinated via a computer screen to constitute a sort of gigantic intangible fresco. Finally, not all things are immaterial, because it is this part of our incredible history which still requires a real material support with the obligation to store billions of “0” and “1” each of them on a switchable element. For the content of each of the images integrated into the artistic whole, everything was acceptable because it was for Art. Some images which are included and visible in this amalgamation have been characterised as genuinely racist or totally homophobic and are for some particularly aggressive, even very shocking.

Finally, the sale was not really anonymous. The network auction system that was set up by Christie’s was proposed to millions of Internet users to follow the rise of the auctions. They were reportedly over two million online during the last hours of the auction. How can we sell and attribute the ownership of a work that consists of a simple binary coding floating in an ephemeral cloud and accessible to everyone, via a social network? I shall keep it simple to avoid confusion into people’s minds. The file (or more likely the rebuilding files) are encrypted which makes access and “ownership” of the file only to the holder of the access code. This big sleight of hand (NFT) is the same one that manages cryptocurrencies. You are well aware of this wonderful subterfuge which allows you to own money, the growth of which is miraculous, up there in the clouds on the express condition of not forgetting the access code. The two buyers of “Everydays: The First 5,000 Days” have already announced that they want to buy many other artworks under the same conditions to create a collection and to be able to resell it as small pieces of their artworks with encrypted tokens, of course!

Let us talk about anonymous buyers (“Metakovan” and “Twobadour”) who obviously did not want to stay this way too long. They are two Indians, Vignesh Sundaresan and Anand Venkateswaran, who explain their purchase as an anti-racist and political action. They have said that they do not want to leave the monopoly of artworks of art to the West. Their patronage would be intended to restore order between the West and the rest of the developing world. However, these nice patrons seem to have some ideas for acquiring other cryptic masterpieces to be fractionated over in small digital pieces for enthusiastic “followers”. One of the  start-ups of our two buyers is currently accused of fraud and theft of cryptocurrency … certainly by a few suckers who are bad losers and not very understanding.

The loop closes with the payment of the work which was naturally carried out with … a cryptocurrency named: Ether (It is not a joke). Our poor Beeple Crap has therefore only become a virtual millionaire; because today, he must change a little of this financial virtuality if he wants to change his very old Toyota or to do some shopping at the Supermarket. I was not able to find for you if, in this magical story, our specialists at Christie’s have been paid in Ether or with the traditional old hard coins of Uncle Sam.

Art is the exceptional material durability of a concrete creation of the mind. Have we just witnessed the real birth of  AntiArt: the imaginary precariousness trivialised of a deconstructed collection of stolen works?

Since today everyone gives their opinion on everything, please help me make up my mind. I still hesitate for the title of this story between “the precarious imagination” and “the imaginary precariousness”.