Best Of 2021 : Photojournalism Now : In Conversation with James Whitlow Delano 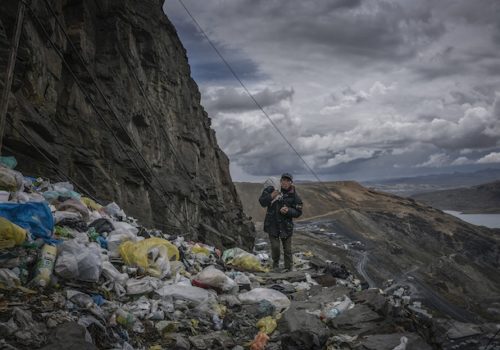 Here is the latest episode in the series “Photojournalism Now: In Conversation”, led by journalist Alison Stieven-Taylor. An essential interview with American reporter James Whitlow Delano.

When news of the global pandemic spread to the world in 2020, award-winning American reporter James Whitlow Delano was on a mission in Antarctica. He was eager to return to Japan, where he has lived for over 20 years, but bad weather delayed his departure. As borders around the world began to close, Whitlow Delano wondered if he was going to get stuck thousands of miles from home.

In the sixth and final filmed interview in the “Photojournalism Today” series, journalist and scholar Alison Stieven-Taylor talks to Whitlow Delano about his time in Antarctica. They talk about a long-term project, Drowning in Plastic, which was exhibited at the Visa pour l’image festival in 2020. This series reveals the disastrous impact of plastic on the planet and how it reaches even the most remote places , like the Andes in Peru. There, for example, plastic waste is piled up along the narrow paths leading to the mountains.

Over the course of his career, Whitlow Delano has tackled a wide range of topics, while actively contributing to information on the devastating impact of human-induced climate change. To this end, he created the Instagram feed @everydayclimatechange in 2015, which today has over 141,000 followers. He still reports today on the impact of plastic waste, environmental pollution and its devastating effects on remote communities in countries like Borneo.

While talking about his profession, the journalist and the reporter talked about “Rainforest Sentinels”, a new, more abstract body of work by Whitlow Delano made possible by the interruption of his work as a photojournalist. “Rainforest Sentinels” is inspired by the photojournalist’s time spent with the indigenous Batek people in Southeast Asia. The Bateks have a deep, spiritual and physical connection to the rainforest where they have lived for millennia. Today, palm oil plantations threaten their land and their way of life. Whitlow Delano’s double exposure shots combine portraits and the rainforest to create ethereal and mystical images that convey this innate relationship.

Recently, Whitlow Delano visited the exclusion zone around the Fukushima nuclear power plant in Japan for The New York Times. Ten years earlier, Whitlow Delano had photographed the aftermath of the earthquake and tsunami that had irrevocably altered his adopted land. This work became a book, Black Tsunami published by FotoEvidence.

The site of James Whitlow Delano

Alison Stieven-Taylor is the editor of the widely read blog  Photojournalism Now.