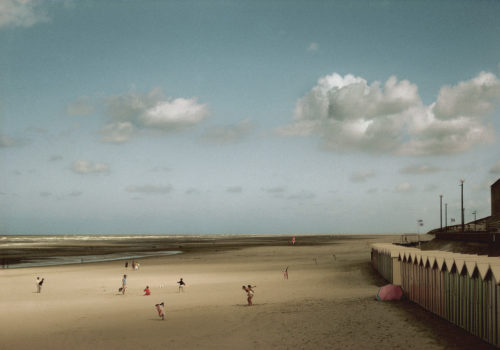 Let’s celebrate forty years of the Photo Poche collection through the words of the contributors: photographers Harry Gruyaert and Klavdij Sluban and photographic historians Damarice Amao and Clara Bouveresse.

Zoé Isle de Beauchaine: How did you discover Photo Poche?

Harry Gruyaert: I didn’t discover Photo Poche, I was there when Delpire invented it. It was an excellent initiative. I found it very exciting to be able to buy books on Cartier-Bresson, on Nadar, on all these important photographers, at such a price.

Klavdij Sluban: Photo Poche and I have a long history because this year we are celebrating the 40th anniversary of Photo Poche and 40 years ago I was 19 years old. In 1981: I voted for the first time, I had just turned 18 – and we won. Everything that was missing before, that is, an opening to culture and especially to photography, followed. I had been practicing photography since I was 14 years old. The CNP and the Photo Poche collection accompanied me. It is with them that I educated my eye.

Damarice Amao: Photo Poche must be one of the first photographic books that I had in my hands and especially that I bought for myself, around the age of eighteen when I arrived in Paris.

Clara Bouveresse: I think that Photo Poche has always been part of the landscape for me. It’s the kind of collection that, like Gallimard’s Blanche and Découvertes collections, or even a comic book like Tintin, can be found in many libraries.

What does it mean for a photographer to have his Photo Poche?

Harry Gruyaert: This collection makes my work accessible to everyone at a small price.

Klavdij Sluban: That’s a trick question! In fact, the question should be: “How does it feel to be alive, and to be published in the Photo Poche collection? This collection is, for me, the Pleiade of photography.

Damarice Amao: First of all it means that he is recognized in the history of photography and it is a recognition that is not limited to specialists, but also extends to the general public. Moreover, to be published in Photo Poche represents a consecration as much for the photographers as for us, authors. It is an honor to be part of this collection.

Clara Bouveresse: It’s a real consecration. For a photographer, having his or her own Photo Poche means that his or her work has reached a certain level and becomes accessible to the general public.

How do you use Photo Poche in your own research?

Damarice Amao : For me this collection is a good way to refresh yourself on a few images of a photographer or to get into a theme. For example, I recently bought an issue dedicated to Mexican photography. There are also some issues that I come back to quite often when I’m doing research, such as Je ne suis pas photographe.

Clara Bouveresse: I use it in my classes [Clara Bouveresse teaches at the University of Evry] but also in my own research, for a first access to a photographer’s work that gives a glimpse of his or her entire oeuvre.

Can you tell us about the conception of your Photo Poche?

Harry Gruyaert: I did the first one with Robert Delpire, over twenty years ago. Since then, things have changed a lot, and we have redesigned everything with Géraldine Lay for this new edition, especially the printing, which I am very satisfied with. We have also renewed almost half of the photographs published. The result is very good.

Klavdij Sluban: We worked for a year with Géraldine Lay and her team. After Robert Delpire, Géraldine succeeded in renewing the collection with this new layout. I don’t believe in coincidences and it turns out that I am one of the first to be published with this layout. I’m very touched by this. Its bias is so assertive. It had to be done, it had to be daring, to make us forget the trademark of Photo Poche for 40 years. With this new presentation, Photo Poche has entered a new, contemporary era, and I think it’s off again for several centuries.

Damarice Amao: The Photo Poche on Charlotte Perriand is the culmination of a joint adventure with her family and Emmanuelle Kouchner, which began with the catalog Charlotte Perriand: Politique du photomontage. At the time, books about her were quite substantial and expensive, which in a way restricted access to her work to a certain milieu. What pleased her family enormously with this Photo Poche was the idea of being able to talk about Charlotte Perriand without being on the sidelines, but in a few images.

Clara Bouveresse: I worked on issues 160, 161 and 162 of the collection, three volumes gathered under the title Femmes photographes. At some point, Robert Delpire became aware of the lack of visibility of women in photography, and in his own collection. So he decided to make three volumes entirely devoted to women. This does not replace monographic issues, which should and will be published, but it was a way of showing that an awareness was taking place and that things were going to change. When he died, Sarah Moon and Michel Poivert took over the project and asked me to participate.

What other issue of the Photo Poche collection has particularly marked you?

Harry Gruyaert: When Robert Delpire, with Michel Frizot, expanded the themes of Photo Poche to include the history of photography, I found it very stimulating to not only do monographs but to deal with the great themes of the history of the medium.

Damarice Amao: It was the issues I bought first: the one on Gordon Parks for example, since I knew this photographer through Photo Poche. The William Klein was also very precious to me, I rarely lent it. There were also those dedicated to Nobuyoshi Araki, Saul Leiter, Eugene Smith… Today, I can buy much more expensive books but I am particularly fond of these issues of Photo Poche because they were my first photography books.

Clara Bouveresse: I really like number 100, which is called Je ne suis pas photographe. This Photo Poche brings together personalities who are not photographers but use photography: sociologists, such as Bourdieu, and artists, such as Matisse. This shows that photography is omnipresent and feeds all kinds of practices.

A memory of the Photo Poche collection?

Damarice Amao: There was a time, during my first years in Paris, when I came back from the library every week, I always had at least one Photo Poche among all the books I borrowed.

Clara Bouveresse: The memory I have of Photo Poche is mainly that I discovered it when I was still young, in the bookshops of museums. At the time, the only books that were available to me were Photo Poche. These were books that could be added to my own library.

Klavdij Sluban: My only apprenticeship in photography was a one-year internship with Georges Fèvre, who was a master printer at Picto; he was the printer of the greatest photographers of the time. One day, he came in with a big board with photos in all directions and hung it on the wall. He was doing a Photo Poche. For the first time, I saw what a book looked like before it was made. It was impressive. And forty years later, I experienced the same thing, I saw this sheet coming out of the machine and being hung on the wall, which moved me a lot. Photo Poche is like a family story.