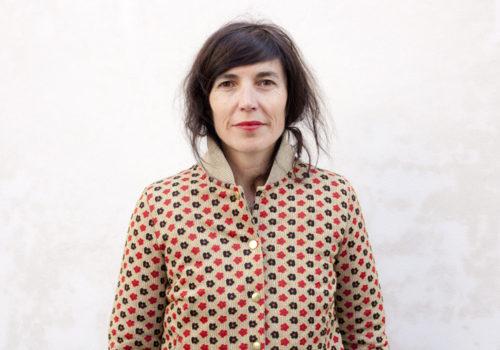 On the occasion of the 40th anniversary of this iconic collection, Géraldine Lay, editor for photography and contemporary art at Actes Sud, looks back for us on the long adventure launched by Robert Delpire.

Géraldine Lay, you took over the direction of Photo Poche in 2019, what has been your career path so far?
After graduating from the photography school in Arles, I took a professional training course in book design and then did an internship at Actes Sud. At the time the art and photography department was very small. It was directed by Jean-Paul Capitani who was supported by a manufacturer. As an intern I worked as an assistant to this manufacturer and I finally stayed at Actes Sud, where for twenty years I was in charge of production, a job that taught me a lot. When Benoit Rivero left, I was offered the position of editor. I am now in charge of photography and contemporary art, which includes the Photo Poche collection.

Tell us about the history of Photo Poche?
To talk about Photo Poche, I like to go back to the period when Jack Lang was Minister of Culture and made changes that are still essential today. I’m thinking in particular of the fixed single price for books, the creation of the School of Photography in Arles and the National Center of Photography, which he asked Robert Delpire to direct. Delpire had this brilliant idea of creating a pocket collection on photography and making this medium accessible to the general public. It is incredible to think that the first issues sold thousands of copies.

What is the strength of this collection for you?
We start with the principle that Photo Poche is a tool, useful for amateurs as well as specialists. Each book allows you to go through the work of an author, to discover his or her work and history in a comprehensive way in a few pages. On the other hand, there is also a critical eye since we systematically call upon a specialist to write a text on the photographer, which is easy to read. For example, for the issue dedicated to Sophie Calle, Clément Chéroux wrote an essay which, for me, is one of the best texts on her work. I am proud that each time we have a piece that is an excellent critical text while remaining accessible.

Does Photo Poche have an international influence?
The collection has been translated into English and published by Thames and Hudson for almost twenty years. We have also collaborated with several countries. Roberto Koch’s Italian publisher of Contrasto was the first and they also want to revitalize their collection by changing their graphic charter. There was a Spanish version at Lunwerg, which stopped when it was bought by Planeta, but there were also German, Japanese and Brazilian publishers. Today, the ambition is to regain this international influence by reviving foreign editions beyond the English and Italians. I’ve just returned from the Frankfurt Fair…

When you took over Photo Poche, what direction did you want to take?
I arrived at the final stages of the Femmes Photographes project, a three-volume set devoted to the history of photography as seen through the eyes of women. It was my first assignment in this position and I would like to continue in this direction by rebalancing the collection’s parity as I go along. The first title I published was Helen Levitt.

Beyond women, are there other photographers who may have lacked visibility that you would like to highlight?
Of course, I’m going to open the collection more to other continents different from the American and European ones, but even in Europe there is still a lot to look for, especially in the Eastern countries. I would like to look not only at photographers we have not yet published, and the list is long, but also at individuals who have been able to use photography in other ways. Alternative practices enrich the history of photography. These practices are at the heart of the questioning of contemporary photography at the moment.

What are your desires for future issues?
I have a long list. I am already working on several titles: Dolorès Marat, Issei Suda, James Barnor and Susan Meiselas as well as Bernard Plossu who, surprisingly, was not yet in the collection… Concerning the great monuments of French photography, there are still a few omissions to catch up on.