Is Photo London the next capital of photography? 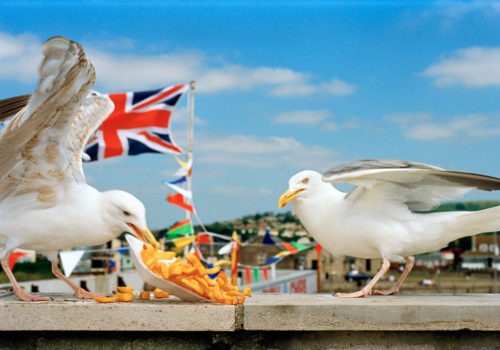 It certainly is a forum that will rival Paris Photo in the month of May !

The new features of the second Photo London include an elegant Pavilion in the main courtyard and a new Annex which will accommodate over a dozen additional galleries, three major exhibitions, an auditorium for hosting conferences, and a space dedicated to publishers. The exciting program is spread over a multitude of venues around the city (with 40 satellite events) to offer a high caliber photography week!
We highlight a number of handpicked items on the global city’s agenda. Among 85 international galleries (from Europe, the US, South America, the Middle East, Asia), the “Discovery” sector deserves a special mention, with 8 galleries on the cutting edge of the medium. We focus on artists who lead the way with the latest trends in photographic techniques and experimentations.

A pioneer of Ghanaian photography, James Barnor documented the swinging 60s’ London and was the first in his country to use color photography. The girls featured on the covers of the legendary southern African magazine Drum are members of the African diaspora shot in iconic neighborhoods of England’s metropolis or students and civil servants immortalized in Barnor’s Ever Young Studio in Accra. In an aura of lightheartedness, they speak of the unrest to come.

In his series Distorted Reality, the Saudi graduate of the École Nationale Supérieure des Beaux Arts in Paris, turned consultant then designer, raises the question of distortion of the present by mass media and of manipulation of public perception. He enacts his approach in performances in which his face is covered up in various ways. The masks and disguises may also be used by bystanders who experience the difficulty of being themselves in a globalized world and suffer from the contradictions resulting from a culture shock. The message is very political, and the body becomes a vehicle of critical thinking in motion.

Trained at the Kunstakademie in Düsseldorf, he explores the medium of photography and its boundaries with particular attentiveness to the materiality of images and their temporal sedimentations. Preexisting documents, such as found photos, news images, paintings, and daguerreotypes, are reworked and recontextualized.

With a conceptual rigor, the artist deploys the idea of seriality in shots of architectural façades. Their multiple lines, curves, and angles constitute a formal vocabulary akin to design. There is an immobile density whose reiterations seem to echo Muybridge or Moholy-Nagy.

The French artist living in New York has developed a singular aesthetics in which the aquatic element creates a fusion of metaphor and reality. Overexposures, mirror effects, reflections produce illusory effects. Karine Laval’s latest series was shot in public and private gardens and combines mirror effects with solarization and graphic elements.

Why not Saran wrap Japanese youth! This is the gesture performed by the mysterious Japanese artist who goes by the name Photographer Hal. Ten- to forty-minute-long sessions are all that is needed to stage some 400 couples (to date) on the floor of his Tokyo kitchen. The shoot itself mustn’t go over 10 seconds or else the models suffocate. Everyone decides whether they want to be clothed or nude. Fear raises the stakes with every shot! And the result of this alloy of identities is captivating!

Born in Angola and residing in Lisbon, Délio Jasse (featured at the Dakar Biennial) remains loyal to the cyanotype process which he incorporates into his own visual language. His views of Luanda bring to the surface patches of collective or individual memory.

A graduate of the Royal Academy of Art, Felicity is fascinated by the cyanotype process (blue monochromes) and by changing urban landscapes. She has an obsession with industrial ruins that she reconstructs using imagined elements that are recycled to create paintings. These collages or still lifes infuse her approach with a strong sense of experimentation. In her latest installation, the artist plays with ceramic elements to achieve stunning results.

Born in Germany in 1971 and trained as a fashion designer, Nikolas showed his collages for the first time at an exhibition in Berlin in 2003, and since then has been creating Dada-inspired scenes infused with an immediately recognizable anti-establishment spirit. Asserting an artisanal method, he mocks art experts with caustic humor. Here’s a talent to watch out for!