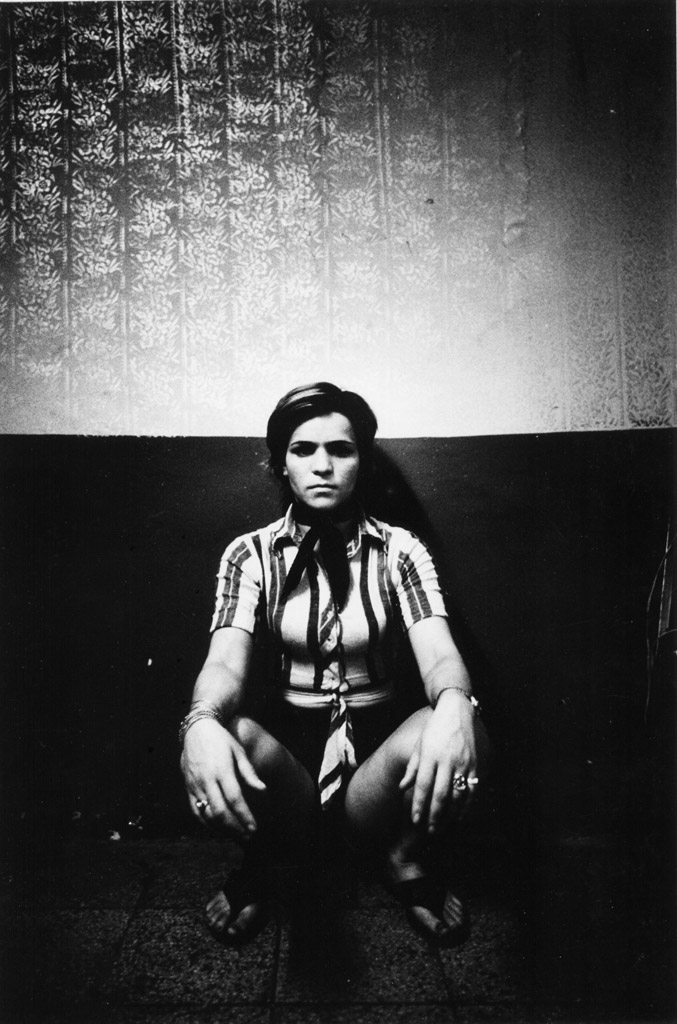 The Citadel presents 61 vintage photographs from the series ” Prostitute ” of women working in the Citadel of Shahr-e No, the former red light district of Tehran. Between 1975 and 1977 Kaveh Golestan realised his personal mission (he had no official permit) of entering in the Citadel with his camera. He initially attempted to document the Citadel using a spy camera, but this proved unsuccessful. His prolonged visits over the course of a year and a half to the Citadel gained him the trust of many of the working women. These portraits are a testament to Golestan’s intimate, humane gaze into the lives and personalities of the resident women. They belong to a photographic triptych entitled Prostitute, Worker, Asylum and attest to Golestan’s continuous exploration of marginalised human communities and identities as a means to motivate political action. Kaveh Golestan’s portraits are the last extant photographic record of the residents of the Citadel.
The Citadel was set on fire a few weeks before the victory of the revolution in 1979 (with an undisclosed number of residents trapped inside) and then demolished shortly after through an official decree by Ayatollah Khomeini. This signalled the initiation of a programme of cultural cleansing that transformed the Iranian landscape. At the core of an all-encompassing Islamising cultural revolution was a redefining of sexual and gender urban mores.
Besides numerous socially motivated projects such as the Citadel of Shahr-e No in the 1970s, Kaveh Golestan documented many major historical events such as the conflict in Northern Ireland, the Iranian revolution, the Iran-Iraq War, and the Gulf Wars. In 1979 he was awarded the Robert Capa Gold Medal for “superlative photography requiring exceptional courage and enterprise abroad”. He wasn’t able to pick up the award until thirteen years later, as by then the work was no longer considered a threat to the Iranian government. While he was on  assignment in Iraq Golestan stepped on a fatal landmine on 2 April 2003. He died in Kifri in Northern Iraq.
This exhibition brings together documents from Golestan’s archive and beyond in order to recreate the historical space of the Citadel. The exhibition has toured FOAM Amsterdam Museum of Photography, Museé d’Art Moderne de la Ville de Paris, MAXXI Museum of XXI Century Art before being presented at Photo London 2015, Somerset House.