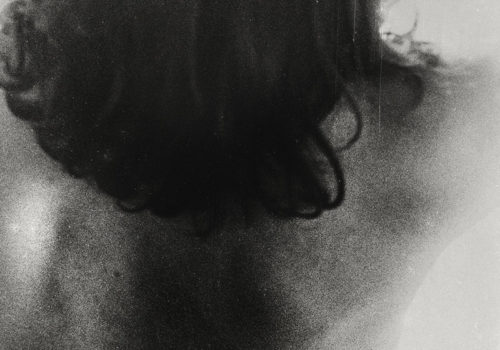 During the International Photo Biennial Ostend, Gallery Papillon in Ostend opens its doors to two top photographers with at first sight very diverse work: one brings conceptual photography, the other stands for a more documentary approach; one talks about the fragility of human relations, the other questions the new warfare. And then, upon closer inspection, there are a lot of similarities: both approach their chosen theme in a unique and inspiring way, both encourage a critical attitude, both opt for a more symbolic approach. And in the latter they fit in with two of Ostend’s most renown painters Ensor & Spilliaert. But they also harmonize perfectly with the festival’s general theme of (Un)Rest – the restlessness we sometimes feel about relationships in motion, the restlessness about latent insecurity, the restlessness generated by a latent threat – in other words, the restlessness about human existence.

With Margaret Lansink and Tomas van Houtryve we are complementing the interesting offer of the photo festival: both photographers have been awarded several prestigious prizes, both for the work shown and for other presentations.

In the infinite flow of everything, people come and go in our lives. While the presence of some can be so subtle that we hardly register when it begins or ends, with others it’s far clearer: they enter, or leave, with a bang.

In her delicate and powerful series of black and white images, Dutch photographer Margaret Lansink (b. 1961) dwells in the emotional state of transition between knowing and not knowing another person. In reaction to her daughter’s decision to suspend contact with her, Lansink uses the camera to feel out the sense of severing a connection. She photographs landscapes and nude women, often rendered mysterious or unreadable, seemingly asking: is this the moment you were gone?

‘Borders of Nothingness’ raises heavy questions regarding the presence and absence of others in our lives, engaging with our sense of loss as well as the everyday miracle of making the acquaintance of another.

As time passed, Lansink and her daughter reconnected to investigate whether their break could be mended. Lansink then began to revisit and reinterpret ‘Borders of Nothingness’ in a physical practice that mirrored their emotional efforts of healing in her series ‘On the Mend’. Working from the Japanese practice of repairing ceramics with gold leaf, she combines her images, severs them, and mends their breaks with gold leaf to put hope into the possibility of a bond that is stronger and more beautiful because it had once been broken.

In October 2012, a drone strike in northeast Pakistan killed a 67-year-old woman picking okra outside her house. At a briefing held in 2013 in Washington, DC, the woman’s 13-year-old grandson, Zubair Rehman, spoke to a group of five lawmakers. “I no longer love blue skies,” said Rehman, who was injured by shrapnel in the attack. “In fact, I now prefer grey skies. The drones do not fly when the skies are grey.”

In response, Tomas van Houtryve (b.1975) attached his camera to a small drone and travelled across America to photograph the very sorts of gatherings that have become habitual targets for foreign air strikes—weddings, funerals, groups of people praying or exercising. The images captured from the drone’s perspective engage with the changing nature of surveillance, personal privacy, and war.

Margaret Lansink and Tomas van Houtryve will be exhibiting together in Galerie Papillon, Marie Joséplein/Madridstraat 2 Ostend from Friday 10 September till Sunday 24 October. John Devos is the curator of the exhibition and the exhibition of Margaret Lansink is a co-production with the Ibasho Gallery Antwerp. The opening will take place on Friday 10 September at 7 pm, in the presence of the artists (Corona permitting, of course). The exhibition will then be open from Wednesday to Sunday, from 2 to 6 p.m., and by appointment.

The exhibition in Papillon runs parallel with the Ostend International Photography Biennial, where curators Stephane Verheye & Yvon Poncelet have chosen ‘the hidden theme (Un)Rest’ and selected 30 photographers who are exhibiting in thirteen locations. With exposition at gallery Papillon, there are more than 32 reasons for photography lovers to come to Ostend!