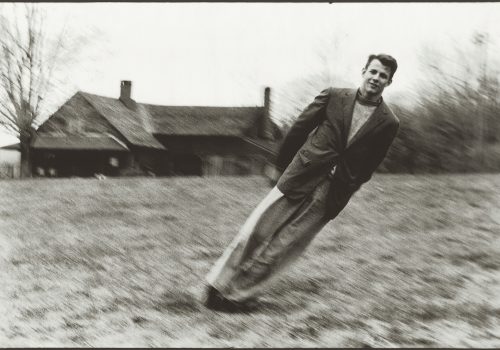 The first time I met Peter in the mid-1970s in New York, he gave me his book, The End of the Game, a visionary masterpiece on the insanity of the world. The second time, he made me discover Studio 54 and I owe him some amazing nights including a meeting with Steve Rubell, the owner of the place who, to thank me for having devoted some portfolios on the Studio in PHOTO magazine invited me to help myself in the huge bowl of cocaine that sat on his desk.

Peter got into the habit of regularly visiting PHOTO. We were on the Champs Elysées at the time. The first time, he stayed 48 hours. The last time, a week and a half. The two young editorial women Nicole and Annick, as well as the other women on our floor, editors, secretaries and journalists of Paris Match were madly happy and fascinated by the incredibly handsome and seductive man who spent his time filling huge albums that became his diaries and where he stuck images, texts, leaves, stones, various things from all origins. From time to time, he even pricked himself on the tip of his finger and signed the page with his blood. In 1990 the group moved to Levallois and ELLE replaced PHOTO where he stayed once more than a month.

In 1989 for an international edition project of Match, I ask Peter to come and work on two subjects: Francis Bacon with whom he was very friendly and Basil Charles, the legendary barman of Mustique Island, this paradise created from scratch by Lord Colin Tennant.

Peter accepted enthusiastically and arrived the day after from New York. Knowing his life style, I reserved a room for him at the Raphael, the ultimate chic and rather secret Parisian hotel. The magazine covered the fee for the room and breakfast, nothing else! At 10 am the next morning, the hotel manager telephoned: “I have a certain concern, Mr. Beard had seven guests in his room last night and the bar bill amounted to 24,000 francs (about 3,500 euros). ” The hotel kicked him out after a week and we had no stories.

The 90s saw the financial triumph of his images. His prints reach heights. But little by little,  darkness invaded and decay became inexorable. I was lucky not to see him then.

My last meeting with Peter is a wonderful memory. The Photography Foundation, which was at the time at the Hôtel Salomon de Rothschild, organized a retrospective for him. I arrived sometime before the opening. In the last room, on a gigantic down blanket, sat Peter, with his books and five sublime models including two of the top models of the time around him. Every day for the 3 months that the exhibition lasted, Peter was on his blanket in sandals and always well surrounded!