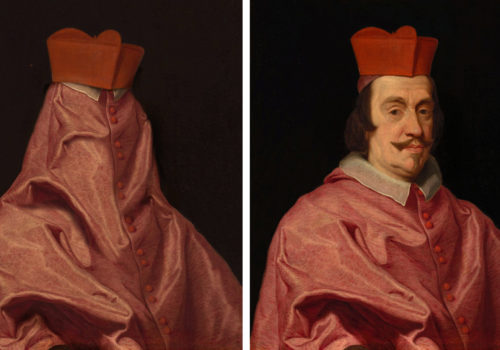 As soon as we return to life like we used to, with reopened museums and exhibitions, we will be ready to observe again the beauty of art around us, which for millennia has had the property of healing the human soul. For those who love photography, the goal can be an art town, like Pavia: rich in history, exhibitions and photographic heritage. Northern Italy, Lombardia Region, Pavia. During the 7th century, Ticinum, as it was called by the Romans, became the capital city of the Langobardic Realm. Among the churches they built, the Basilica of San Michele was the scene of the coronation of Carolingian kings. Then came the era of the medieval towers (five out of 70 still intact), and the one of the Visconti, lords of Milan, who provided Pavia with a Castle and the Studium Generale (1361), that would become the University of Pavia, among the most ancient in the world. Here you can take pictures, as it’s a photogenic town, thanks to its monuments and to the river views, or you can follow an itinerary of photographic exhibitions (hopefully they’ll be reopened: in the meanwhile, the web helps) and see museum collections.

Thus, at the Musei Civici, within the Castle, established personalities are unveiled in Identità s-velate. Hidden Portraits by Volker Hermes. They are photographic reworking of portraits by well-known painters, like Van Dyck and Rembrandt. The project investigates what portrait meant for the society until the advent of photography, focusing on the concept of concealment/unveiling in order to analyze the inner aspects of each character, thanks to the thousand details that were like a language people managed to understand at that time. The b&w works by Mario Lisi, in Less is more at the Broletto, are inspired by the essentiality of the architect Ludwig Mies van der Rohe. His shots in the dark suggest interesting and disorientating visual patterns.

Several locations, some historical and some modern (for instance the Museo della Tecnica elettrica, MTE that is part of the University Museum system or the Almo Collegio Borromeo, established at the end of the XVI century) host the exhibitions of the Pavia Foto Festival, 2nd edition ( an idea of Davide Tremolada, with the artistic direction of Roberto Mutti), a satellite event of the Milano PhotoFestival. In the heart of the Museum, with photos by Maria Cristina Anelli, Francesca Moscheni and Giancarla Pancera, reinterprets a series of objects stored in the MTE Museum. Same location for a small but precious semipermanent exhibition that retraces the history of Photography and its techniques. From the daguerreotype to digital. The Liceo Volta just opened a permanent exhibition space dedicated to photography with two events: Discovering a Museum with images taken by the students and V&V. Nature is in fashion, where the interaction of Victoria Quarta, a university student in fashion, and Vittorio Pigazzini (half a century of nature photography to his credit), produced photographic clothing patterns, including a post-photography flight suit. At the Collegio Borromeo, the exhibition Of light and shadow by Marco Morandotti is on, while The Seven Deadly Sins are conveyed by the language of fiction. The sensitivity with which Graziano Perotti tells the stories of patients taken care of for pain treatment is visible in Give me your hand. Inside the Borgo. Photographic census of the borghigiani by Alessandra Fuccillo is a sociological tale about the inhabitants of Borgo Ticino, the neighbourhood beyond the river, while attention for ecology and a hint of curiosity characterize Homo ambiens by Roberto Isotti and Alberto Cambone. A “one-of-a-kind” venue is MTP, an interior design showroom. Though is not a classic photo gallery, photographic images enfold visitors with installations and three-dimensional patterns incorporated in architectural details (photos by Olivo Barbieri, Francesco Cito, Darcy Padilla, for instance).

Among the permanent collections in town, the Archivio Chiolini at the Musei Civici di Pavia, includes more than 880.000 images (negatives, positives, slides from the ‘20s to the ‘80s) taken by Guglielmo Chiolini, representing Ticino landscapes and of the town surrounding territories, events and personalities, architectures since the ‘20s to the post-war reconstruction, to the large infrastructures since the ‘60s. A part of this huge archive is available in a digitized version.

Last but definitely not least, the photographic corpus at the Archivio Storico of the Università di Pavia illustrates the history of the University (since the early 20th century) with 3600 photographic images plus 115 photographic albums, unscreened films, slides and collections of posters and invitations to conferences. The archive preserves images of events, openings, personalities, monuments etc. its most ancient images are two albumen photographs, representing an agricultural fair held within the University, shot by Beniamino Raimondi (1877). Among the photographers: Emilio Moisello, the brothers Giuseppe and Luigi Nazari, Paolo Alessio, Guglielmo Chiolini, Ettore Valli and Giuliano Carraro.

In the heart of the Museum . Museo della Tecnica Elettrica / MTE, via A. Ferrata 6, Pavia

Give me your hand . ICS Maugeri – MaugeriInArte, Area Lounge, via S. Maugeri 10, Pavia