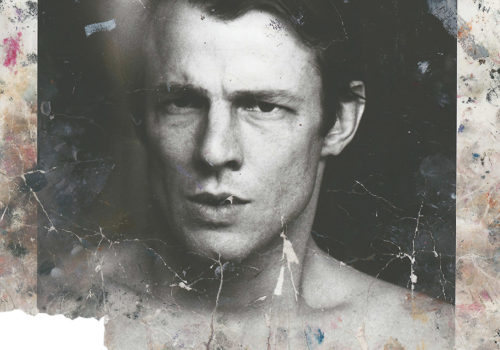 The painter Francis Bacon is known for his glutinous depictions of raging pressures and mobilities at work in the human organism and manifesting in distorted body parts and bruised flesh ruptured from within. Peter Beard is best known for his photographs of African wilderness and, in particular, die-offs of elephants en masse in Kenya. If artist and adventurer Beard was ‘half-Tarzan, half-Byron’, as one writer described him, Bacon’s blend of modernism and morbidity could make him half-Picasso (‘the father figure, who gave me the wish to paint’) and half-hypochondriac. Both Bacon and Beard possessed highly distinctive chemistries and perhaps this has something to do with them finding shared sensibilities and becoming lifelong friends. They first met in the mid-1960s.

A new London exhibition – Wild Life – celebrates their partnership and the fulfilment they found through using one another for inspiration. Beard photographed the painter and his works in his London studio; Bacon painted canvases based on photographs that Beard sent him (hundreds of them were found on Bacon’s studio floor after his death). The exhibition also shows correspondence between the artists and Beard’s remarkable Dead Elephant diary.

Although there is no critical consensus about either artist’s achievement – let alone the impulses fuelling their symbiotic relationship – the vocabulary tends to recirculate terms like violence, despair and death. Existentialist tropes tend to congregate around iconic Bacon paintings like his ‘screaming pope’; all angst and aaaaarghhhh.

Wild Life’s success lies in managing to make this approach a tad reductionist. As an instance of pop cultural analysis, the approach is only unusual in the reversal of its usual vector in that it complicates what is otherwise a simple truth: humans make up just one of many species of primates but practise an unparalleled and predatory disrespect for other animals. In their different artistic ways, Bacon and Beard confront their audiences with this truth. Beard provides pictorial and textual evidence of the destruction of wildlife in Africa while Bacon finds a strange beauty in the photographs of decomposing elephants, confirming and deepening his compulsion to portray the corporeal kinship between man and beast. In his canvases, this relatedness is painted with visceral intent, going all the way down to blood and meat, bone and brain. Both artists are out to shock.

The Wild Life exhibition and its catalogue are eloquent testimony to the simpatico relationship that developed between photographer and painter, quintessentially expressed in one of the exhibits based around a photograph by Beard of the artist on the roof of a house where he lived in London. The building backs on to the Thames in an old docklands area of London – wharves on the opposite bank can be seen in the background – and the painter sits comfortably on a wooden chair, one hand holding its back and the other resting on a knee of his crossed legs. The photograph is framed on all sides by collages of small prints, an assemblage made up of some Bacon paintings (like Study for a Bullfight, Number 2, now belonging to the Museum of Fine Arts of Lyon) and, more commonly, Beard’s own shots of African wildlife. Such a mixing of media is typical of Beard’s diaries but the central photograph of Bacon renders the head in a blur, imitating this characteristic aspect of the painter’s style. It serves as a way of paying homage to his friend, ‘the most important influence on my life’. The head’s haziness contrasts strongly with the photographic clarity of the torso and limbs and the grey colouring of one side of Bacon’s face leaks into the waters of the Thames behind him. The face looks to be in motion and becomes indistinguishable from the flowing river. The effect is to disrupt, as Deleuze put it of Bacon’s paintings, the ‘optical coherence’ that builds up around familiar representations of particular figurative images.

The Wild Life exhibition is on at Ordovas in London until 16 July 2021.