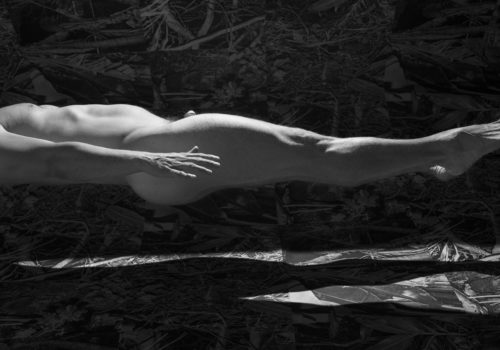 Where does this obsession with underground magazine/zine culture come from? Nothing titillates more than a magazine in your hands. A magazine makes you feel instantly cool, somehow you’re in the now, in the know. Zines are the new avant-garde, I said it, I’m not sorry for it. There’s so much dedication to these wonderfully mysterious things. Their loveliness begins in their uncanny ability to come from out of nothing. They range in ability, intelligence, and execution – and the stream of endlessness to them mimics the sort of endless scroll you find in your phones and devices these days. A good zine can keep you grounded with that longing indescribable thing – touch. Marcelo Yáñez’s NEWSPAPER arouses that contact.

Yáñez is a student of history and he shares his passion with his publication. NEWSPAPER is a rejuvenation of Steven Lawrence and Peter Hujar’s original publication of the same name. NEWSPAPER may not be a newsprint zine that you’ve ever heard of, nor was it – or the artists’ included – back in 1969. It was a quietly printed piece with no words featuring the art of unknown artists at the time like Diane Arbus, Richard Avedon, Paul Thek, Ray Johnson, Andy Warhol, Lucas Samaras, Jasper Johns, and John Chamberlain. Just a few friends who inexorably changed the state of contemporary and conceptual art. Could this fly by night publication – which was most likely only intended for a small circle of friends rooted in mystery and infamy – possibly, be the beginnings of a larger conceptual zine movement happening today? It certainly was the beginning of something. It tapped into a larger movement and mindset of interconnectedness that was so pivotal to progressive thinking at the time. The Museum of Modern Art lost its copies of NEWSPAPER. Yáñez retains every issue.

“Conceptual art is itinerant, immediate, and simultaneous, disseminated through a web of references and translations that can only be grasped by a satellite-like reading.” Seth Siegelaub.

The past exonerates the future. The present is responsible for the burden of facts and actions of its quondam. A culture is retained by its mutual respect and acknowledgement of itself as former, current and reimagined. Yáñez’s NEWSPAPER allows images and concepts of external objects and ideas that are not readily present to the senses to have a space to be expressed. He holds true to NEWSPAPER’s original mission of imagination and design. No words save a small table of contents, void of advertisement, and filled with artists – some of whom may not yet know the grandeur and significance of their careers. Not that the broad scope of a career means anything in regard to the quality of an individual’s work. Simply, Yáñez means to work with voices that need more platforms in this world. The images are as mindful and aesthetic as the print’s treatment of them is. That gray fleshy quality so innate in newsprint allows the images a new kind of body.

There is a new driven mission in Yáñez’s NEWSPAPER. The imagery is beyond certain limitations of most homoerotic imagery today. Yet the work retains a total quality of incorruptible queerness. Photographers like Bryson Rand, Jackson Stack, Mark Fitton, Allen Frame and Bill Jacobson elevate the conversation of this identity. The body is stark; NEWSPAPER seeks a communion with that sticky fumbly vessel so as to broadcast it in a different way. With these new eyes something buoyant and unseen seeks to be totally vitalized.