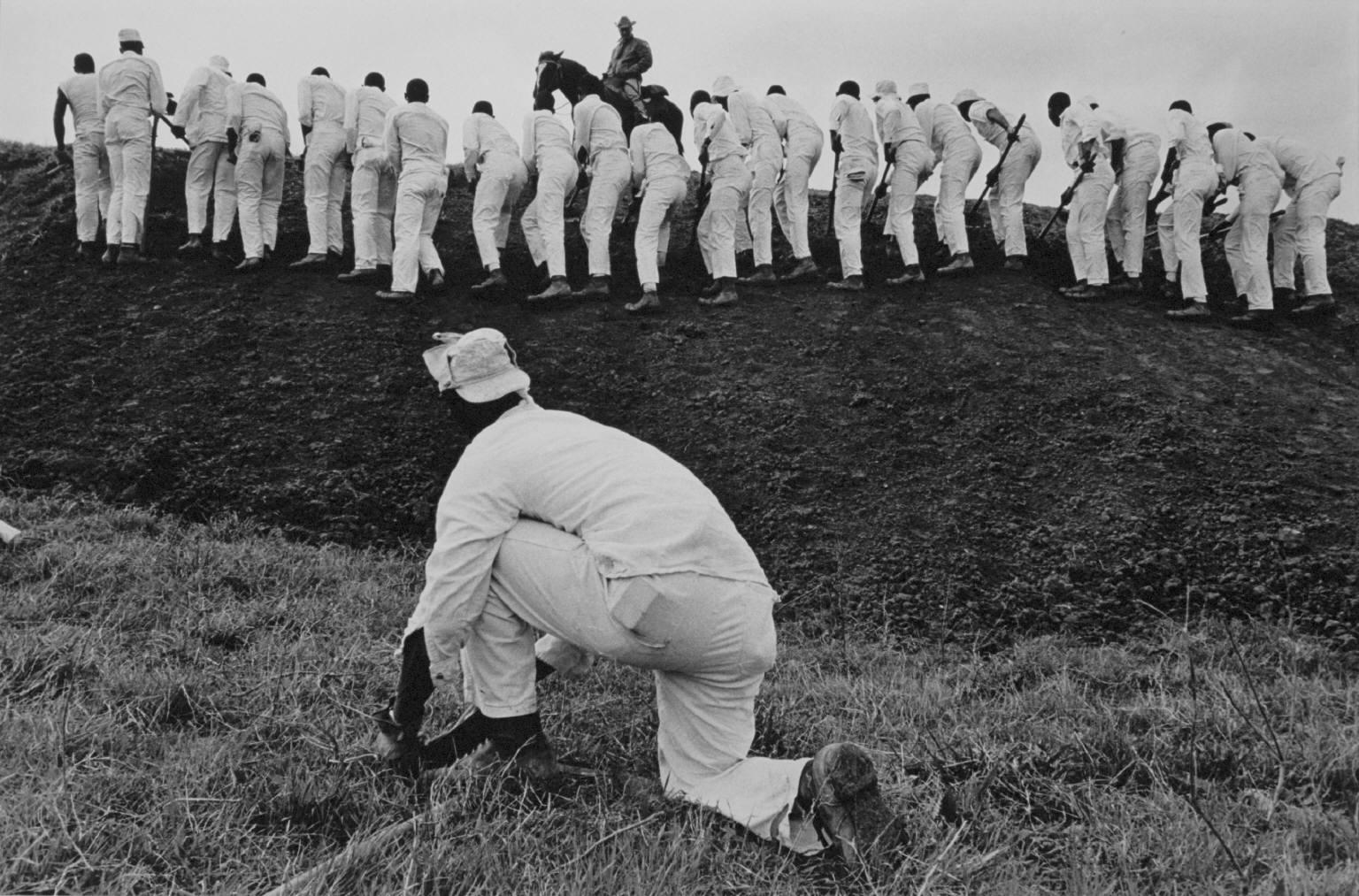 Classic Photographs Los Angeles is the comfort food of photography fairs: warm and satisfying, a kinder, gentler throwback to the hotel fairs of the early 1980’s. The Unseen Eye was there to get out of New York and to take a look, do a walkthrough and book signing. He had a yummy time. The set up at Bonham’s was modest and handsome, a quiet setting for a collegial weekend during which two dozen veteran dealers could genuinely engage with clients and, for much of the time, with each other. The Women’s March and the torrential rains may have had a dampening effect on attendance, but the audience seemed engaged and left fully sated.

The fair was promoted as a mix of vintage, modern and contemporary photography. There were lots of Aaron Siskind, Minor White, Walker Evans and California material (the Westons, etc.) material. Appropriately Ray Metzger is now deemed a Modern Master, thanks in large part to Larry Miller’s commitment to the artist. There were a number of his unique works, that feel like jazz with light on paper.

Gallery 19/21 had a wonderful still-life of pears by Frenchman Francois Kollar, not the most familiar name. It was absolutely sublime, perfectly proportioned and printed, with a gorgeous surface; it was a stunner. Karen Haas, curator from Boston’s MFA, described it as “Platonic”, meaning “ideal” the Eye supposes. It was flanked smartly by a Kertesz and Sudek, an excellent example of how Classic Photographs behaves unassumingly with uniformly strong material. The historical range included cased images with Alex Novak and classic press prints and delightful 19th Century Anonymous works with Gary Edwards. Many of the dealers offered a survey of the history of photography; others revealed their more idiosyncratic, individual sensibilities. Most of these folks have been around for more than 30 years, and they have great taste. It was also pleasing to see that Michael Lee, has taken the lead from his father Mack at Lee Gallery, the next generation.

The Unseen Eye asked the dealers to select works that he could point out to collectors who were no longer beginners but now prepared to spend a little more money ($5,000-$7,500) on choices that require some nerve and conviction.

Terry Etherton suggested Danny Lyon material, particularly “Hoe sharpener and the line, 1967-68”, a classic work from “Conversations with the Dead”; this dealer has been Lyon’s fiercest champion for 30 years. Howard Greenberg had a remarkable and moody 1950’s W. Eugene Smith Pittsburgh streetscape, in a striking vertical format. (Thank youl Alicia Colen for the tutorial). Alan Klotz’s Minor White frost study was sexy and mysterious. Tom Gitterman’s strong mid-century aesthetic was reflected in his Ferenc Berko nude. He always has the most enlightening wall text in a large font. The Eye feels that if you have the money to afford this material, you should’t have to put your glasses on to read about it or see the price.

The contemporary show piece was a Christine Fesler with Tarrah Von Lintel. It was dramatic, 3 dimensional and wall sized, a unique combination of multiple printing and cutting and pasting, a large cluster of small boxes in a range of grays. Not the most intimate but insanely impressive. There is a current affection and market for process-driven work like the Fesler and the cloud-fingerprint-like blushes of dark and light by Alison Rossiter at Stephen Bulger (who also had a grid of Kertesz Polaroids).

Color could be found with Paul Kopeikin who had a joyous Cig Harvey “Goldfinch”, and Gretchen and Barry Singer suggested a Martha Alf “Toilet Paper, muted still-life study. As expected Rose Gallery had Jo Ann Callis and unexpectedly Graciela Iturbide. She also had an oddly appealing headless figure study by Lionel Wendt, who worked in Sri Lanka (then Ceylon), an Eye catching curiosity.

It was such pleasure to see dealers like Nailya Alexander, Deborah Bell, Joe Bellows, Chuck Isaacs, Charles Hartman, Susan Herzig and Paul Hertzmann and the Eye’s favorite form Mexico City, Patricia Conde. That’s almost everyone except for Chris Pichler who had his latest books from Nazraeli.

W.M Hunt is a photography collector, curator and consultant who lives and works in New York. He is a professor at School of Visual Arts and is on the Board of Directors of the W. Eugene Memorial Smith Found. His book entitled “The Unseen Eye” (published by Aperture) and focusing on his personal collection is one of the most intriguing compilations of photographs.

The Jewish Museum gives it up to The Unseen Eye

”The Unseen Eye” succumbs to the thrill of the chase

“The Unseen Eye” on the road: All Aboard!

The Unseen Eye falls in love in London