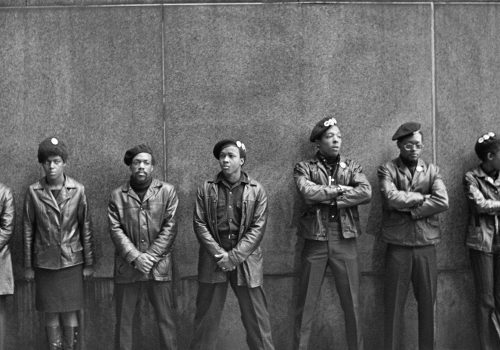 A compelling photographic history of the important moments of American progressive political resistance–from the civil rights movement to the present–to inspire the change-makers and activists of today.

This photo book by Ken and Melanie Light celebrates the path of resisters in America in the modern era. It begins with the Supreme Court case Brown v. Board of Education of Topeka and the civil rights movement that followed, setting the tone and inspiring the decades of activism to come. The tumultuous sixties gave way to the seventies, the backlash of the eighties and early nineties, and the digital revolution and rapid globalization of the twenty-first century. Each photograph tells a story. Some are iconic images taken at watershed events in big movements; others illustrate smaller but no less important moments.

The images, work of eighty-five different photographers show every phase of resistance, suggesting a paradox: consistent and disciplined organizing coupled with the emotional outburst of people moved to their core. The marches, actions, and movements depicted in these images stem from years of work by people with clear, unstoppable vision. And at every protest, march, or vigil, the visual journalists and independent photographers are there. Photographers bring the voice of the people to the insulated offices of government and persuade calcified communities to shed their outmoded ways of thinking. The long hard work of social change agents is nothing without the visual record. If a protest is not recorded or shared, it cannot be effective, falling prone to being forgotten or suppressed.

Picturing Resistance highlights the important American social justice movements of the last seven decades. Including both black-and-white and color photographs, this important record pairs iconic and unexpected images with insightful narrative captions that contextualize the meanings behind the moments. UC Berkeley Graduate School of Journalism professor Ken Light and author Melanie Light have carefully curated unconventional photographs of the most memorable moments in twentieth- and twenty-first-century protest history, offering a fresh perspective on these important occasions.

In place of the iconic image of Martin Luther King, Jr. speaking at the March on Washington, Picturing Resistance conveys the feeling of pain and frustration of the time period by instead showing him moments after being arrested, restrained against a police station table. The moments captured in Picturing Resistance take the reader on a journey through decades of people-powered protest, featuring images from the front lines of the civil rights, women’s, environmental, and disability rights movements, as well as contemporary movements like Black Lives Matter and March for Our Lives.

Picturing Resistance will inspire revolutionary thinkers, activists, and dreamers of all stripes to celebrate the milestones of the past as we build a progressive future.