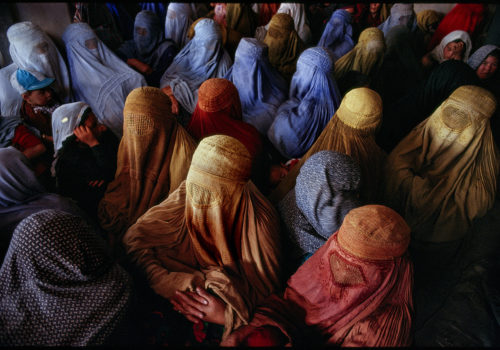 As part of the ‘Photobiennale-2020’ the Multimedia Art Museum, Moscow presents an exhibition by French documentary photographer Pascal Maitre.

Pascal Maitre was born in 1955 in Buzançais (France), to the family of a blacksmith. He was given his first camera, a Rolleiflex 4×4, by an aunt who married an American soldier and lived in the northern USA. After leaving school Maitre studied psychology at university and was then drafted into the army, where he served in a photography unit. There he developed a serious interest in photography, and in 1979 he started work for the magazine ‘Jeune Afrique’ as a photojournalist. Thus began a photographic journey that lasted four decades, first deep into the African continent, and later across the countries of Africa, South America, Asia, the Middle East and Europe.

Pascal Maitre has collaborated with the world’s most famous periodicals: ‘Le Figaro Magazine’, ‘Geo’, ‘L’Express’ and ‘Paris Match’ in France; ‘Geo’, ‘Stern’ and ‘Brigitte’ in Germany; ‘National Geographic’ in the US. He has published a number of books for major publishing houses and won several prestigious photojournalism awards. In 1987 he received the World Press Photo prize for his photo reportage on participants in the Mexican revolution.

Many of Pascal Maitre’s works resemble paintings, although the photographer never takes staged shots and each of his images is a document. Maitre has worked in major hotspots worldwide, telling his audience about the life, culture and traditions of different peoples, as well as revealing the causes of bloody wars and the basis of international political conflicts. Pascal Maitre’s pictures are surprisingly cinematographic and all his series uncover an exciting real story.

The photographer describes his work with his usual modesty: ‘Generally speaking my profession is simple. Perhaps the most difficult part is getting there. To be physically present in places where something interesting is happening. Once I’m there, it’s not so hard to press the shutter.’

Friends of the photographer remark on his unique serenity, Maitre’s ability to ‘calm even the most agitated’ people he encountered in zones of military conflict, as well as the specific ‘panoramic’ vision that determines the quality of his pictures.

Pascal Maitre has always been lucky. In Africa many tribes still live in a primitive communal system and they are often wary of anyone with a camera, seeing it as a weapon. Some of their priests still believe a photographic image takes something from the person’s soul. But the photographer has always managed to agree on his shoots and produce the most reliable photo reportages. He has never been arrested. The world press keenly follows his exploits, and Maitre’s exhibitions have always brought great success at prestigious international venues such as the European House of Photography (France), the Visa Pour l’Image Festival in Perpignan (France), etc.