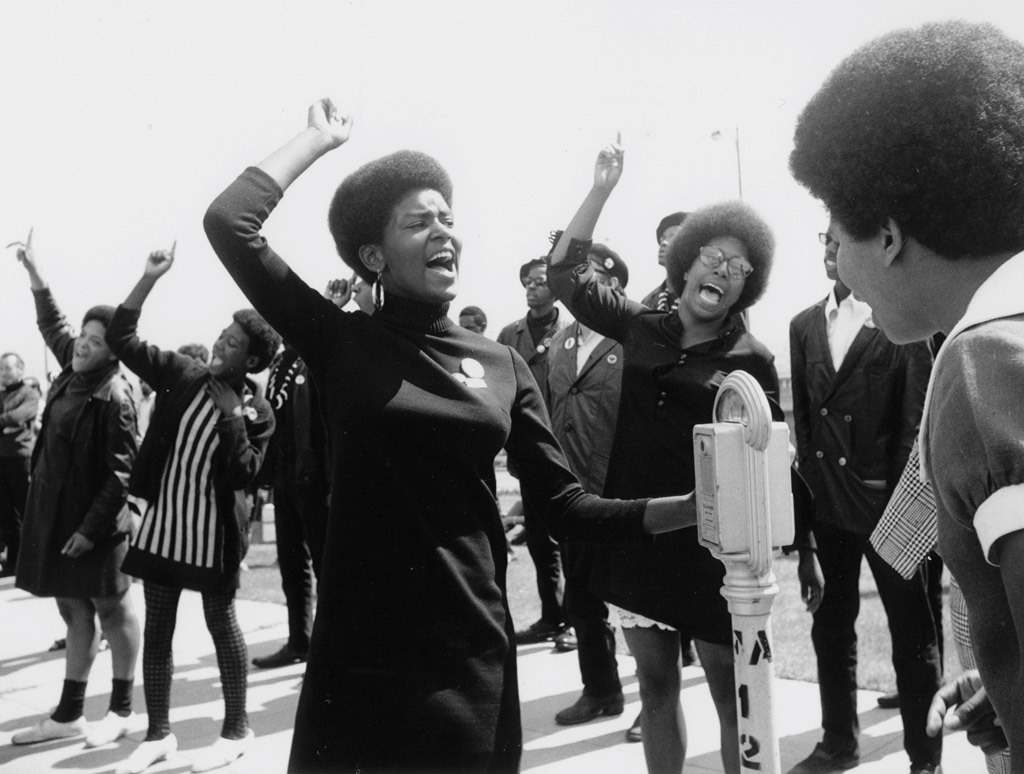 The years Agnès Varda spent in Los Angeles saw the development of her free-spirited and protean oeuvre. Mainly known as a filmmaker (Cleo From 5 to 7, Vagabond), Varda’s husband was the Jacques Demy, known for combining forms in musical comedies like The Umbrellas of Cherbourg, and Varda does the same in her own work.

Her photographs are currently on display at the Los Angeles County Museum of Art. The exhibition includes the storyboards for her film Lions Love (1970), about a ménage à trois who witnesses the assassination of Robert Kennedy and other tragedies from their bed, through a television set which becomes a key character in the film.

Varda’s photographs taken during the few years the couple spent in California in the late 1960s share the style of her films: spontaneous and intimate reactions to society, part documentary, part whacky fictions inspired by real life. The LACMA is also exhibiting a selection of photographs from three series: Black Panthers, Uncle Yanco and Mur murs.

The first was shot while filming a documentary of the same name, which would become an important document of black American history. These black-and-white portraits were taken during demonstrations against the imprisonment of community leader Huey Newton in Oakland, California. While the images are still, they are brought to life by the vivid expressions of the activists, whose outstretched arms seem to vibrate in a choreography of protest. The second is a tender tribute to a painter in a hippie community is Sausalito, Yanco Varda, who turned out to be a relative. The third plays with words—”mur” is the French word for “wall”—and on the bi-dimensionality of photography. It’s an investigation into a new artistic trend at the time, murals, as well as an aesthetic experiment, with its staged photographs shot in front of the murals that color the urban landscape of Los Angeles. Varda’s final photographs imitates the original painting, raising questions about representation and physicality.