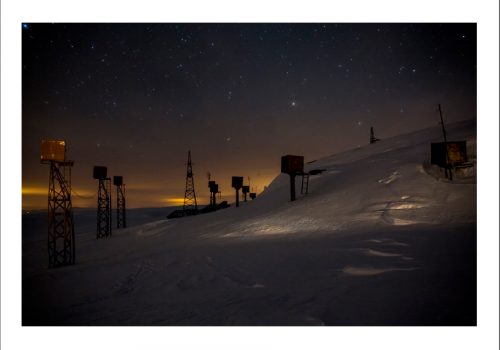 Following the Rencontres Photographiques des Amis du musée départemental Albert-Kahn (France), which occured on November 9 and 10, 2019, the Jury was held on March 12, 2020. Amongst ten finalists, three winners were chosen by the jury. They are the Russian photographer Aleksey Myakishev, the Armenian Yulia Grigoryants and the French photographer Julie Franchet. Discover them among the projection of the 2020 finalists.

Born in 1971 in Kirov (Vyatka) in the USSR, Aleksey Myakishev has been a professional journalist since 1991. In 1999, he moved to Moscow. His works have been published in numerous periodicals in Russia (Newsweek, Kommersant) and Finland (Helsingin Sanomat, APU, Talouselama). He has organized about twenty solo exhibitions in Russia, Germany, France, Austria, Canada, Czech Republic. In 2013 his photographs were finalists in the Lifestyle category of the Sony World Award and exhibited in London in the Somerset house. He is Leica ambassador for Russia in 2018.

Yulia Grigoryants is a freelance Armenian photographer currently living in France. Born in 1984 in Baku, Azerbaijan, she fled the country in 1988 with her family because of the violence against the Armenian population, which was followed by a large-scale war in the early 1990s. She grew up at a time of significant political and social changes for Armenia and the region, with the transition from the Soviet system to independence, a devastating earthquake, five years of war and years of socio-economic hardship.

Julie Franchet was born in 1983 in the Paris suburbs and spent her childhood in a small village in the Sarthe region. After a degree in Performing Arts at the University of Caen (Lower Normandy), Julie Franchet left the world of theater and cinema to study photography in Belgium. Forsaking the moving image for the still image, she wants to give the observer the freedom to imagine his scenario, to think for himself about what is. Interested in visible (political, citizen demonstrations, migration crisis…) or invisible (psychological, moral…) societal problems, Julie travels in different countries to understand the evils of daily life. Whether in a realistic or artistic way, for her, photography is a way to show different universes and to extend her point of view on what we do not see, or on what we forget.

Helped by a banker-sponsor’s approach, in 2017 the association Friends of the Albert-Kahn Departmental Museum launched a fund and award dedicated to photographers combining in their works photography and the humanities in line with the humanist values embodied by Albert Kahn: an openness to the world and a respect for others and a dialogue between cultures through the discovery of territories and populations.

The objectives of these meetings are:

– Give visibility to their work,
– Find new opportunities, an exhibition, a press article,
– Finding funding for a project,
– Be selected for an award or scholarship,
– Gather professional opinions and advice, benefit from an outside eye, a critical appreciation of their work.

The work of the 2020 laureates will be exhibited:

Best of April 2020 : The winners of the Getty Images Climate Visuals grants