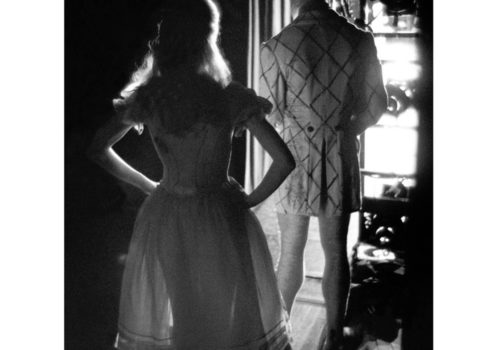 His name: Keith Cardwell. Twice, we have suggested a different presentation of the text.

He declined: so here it is, after all, it is funny!

Hey guys : photographs made over 40 years with my film Leica M

Starting with Alice and the white Rabbit in Atlanta @ The Fox Theatro …..1998

South Carolina on the beach for May Dance….

China and Shanghai before all the fuss 1988

Bolshoi Backstage Moscow after 1991 revolution.. They had lost public subsidy and needed publicity /// made for Independent on Sunday Magazine London,

Dance me Cuba Flamenco Ballet Santaria dancers of Trinidad de Cuba … and last my dear friend who I curated for his first exhibit in the USA Albert Diaz Korda and in 2000 brought him to London for Cuba Si. Royal National Theatre. 10 cubans and myself exhibition 800 picyures… Korda won his copyright for Che. I projected Che image onto the building 30×40 foot to celebrate.

Here it is … a little lumpy; and the small files have to be changed, colour backgrounds added and one spelling error ha ha

This song has haunted me from the moment I heard it on the live album of the 1990s.

Leonard guided us all through early 1970 days of art college … I didn’t stop listening after that time, only now I was alone walking the streets of the world with my headphones and cassette player, and of course my Leica. I rode my bicycle in Beijing China and waited for buses in terminal buildings in North Africa, listening to Suzanne and Nancy. These songs were storehouse for my photography. At best I can see in the photographs a ghost of Cohen.

It is true that Leonard used his lyrics and songs to seduce women. I understand, as a male who too loves women, his need to do this. His muse of course was Marianne, and the time in Hydra. However, he disguised his lyrics with perhaps a superficial tint for these ends.

At the last concert, Barbara and I attended at the O2, I didn’t recognise the audience. There were women aged around 35/45 dancing, singing along, while Leonard bathed in that glory.

Dance me ……….. is, so I have read, a complex poem reflecting the death camps of Auschwitz and others.

The gay quality of its melody suggests a time of lightness…. while the hidden message is of tragedy.

Auschwitz was liberated, by the Soviets, on the 27th January 1945…. so had its anniversary last week. I decided then to complete something on this song using work that had been produced over 40 years.

The first edit is for me near to Leonard’s concept …. using the lightness of a dance in time.