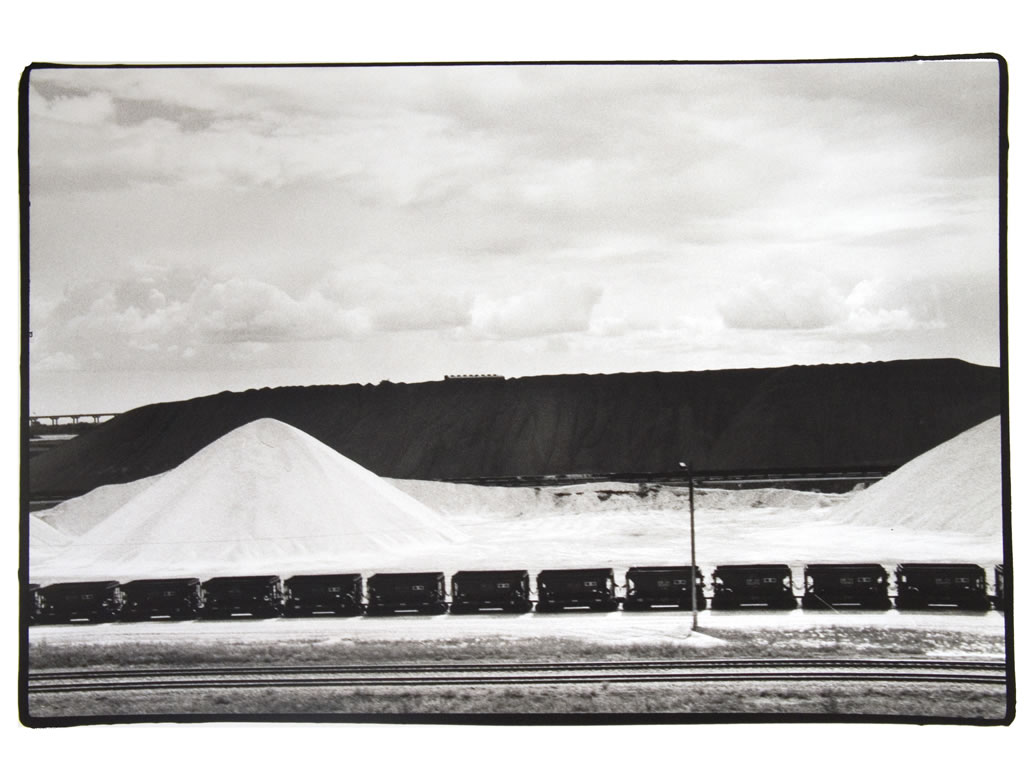 For the first time the Niemeyer Centre in Avilés presents the exhibition Unseen by Jessica Lange, the American actress and photographer.

Jessica Lange was granted a scholarship from the University of Minnesota to study art and photography in 1967, but the vicissitudes of student life led her to Spain and Paris where she chose to put dramatic arts before practical photography. It was then that she embarked on her acting career, playing leading parts in iconic movies and winning two Academy Awards for Best Actress for her roles in Tootsie, in 1983, and Blue Sky, in 1995.

Not until later, at the beginning of the nineties (when Sam Shepard gave her a Leica M6), did Jessica Lange take up her photographic exploits again.

Her images are captured on her travels and wanderings – her lens has roamed through countries such as the USA, France, Finland and Italy, although she has a particular soft spot for Mexico, as she herself puts it, “for its lights and wonderful nights “.

The collection, Unseen bringing together 78 photographs, including 12 contact sheets, taken during the last 20 years, is arranged into two series: ‘Things I see” and “Mexico, On Scene”.

“Things I see”, she replies, like a litany, a leitmotif, a kind of humming that follows an interjection, spinning around on its own, no need to be pushed along.
Jessica Lange’s photographs don’t need to be crammed with useless sentences.
“Point and line to plane” are the quintessential elements of her visual writing, her lexis and syntax reduced to temporary concordance, elemental equations expressing the imperceptible.

If Kandinsky asserted that the point was the most concise form of time and the line its continuity, then these unfolding images standing at barely a hundredth of a second depend on nothing but the “decisive moment”, on their “decisive moment”, with no concessions, with no regrets. Poetry is something that cannot be hunted, you have to let it come otherwise it takes leave, plays hide and seek and mocks you by changing direction. It is, therefore, this fraction, this blind inflection while you’re waiting, that is immersed in the image.

Russia, Finland, Minnesota, Italy and New York are nothing more than pre-texts that proclaim and promulgate before the image. They are there, before her eyes, with little regard to longitude and latitude, month or year, just stating what is in its permanence.

Jessica Lange’s images are unpretentious hurdles that bring the movement of life into focus, as in the words of Stieglitz, ineluctable, “Art is what takes note of life, and life, or its meaning, is found everywhere”. Over the course of her wanderings Jessica has encountered life, here, there and everywhere, in its simplicity and the everyday, in its blindness.

Like the young girl and her face from another time, looking up into the sky as if tracing an invisible line to another place, taking us back to a kind of trilogy, a kind of trinity.
Or like the inside of the chapel bathed in the sort of pale light found in Nordic countries, permeated by a dense silence broken in that moment by the discreet presence of a solitary individual sat in the background. It has echoes of the Johannes Vermeer’s Girl reading a letter (1657).
Or also like the two boys hanging from a barrier, balancing themselves like musical notes humming and singing on a music score. It’s all there in the balance of blacks and whites.

And then suddenly the image is immersed in black, the grain explodes and the lines fade, the screen’s fabric tightens.
Mexico, let the show begin!

Jessica Lange enters the scene, furtive, delicate, discreet, she is present throughout the story she is telling, body to body with reality, and that’s what it’s all about, nothing else. The body. She is still not there waiting, nor is she in the distance, she stands in continuity, like a narration, like a film.

To begin with, she draws and demarcates the spaces she moves in – she places herself in them but keeps her distance, primarily separating herself because she strives for the solitude she veils herself in, separating herself from the looks that aren’t exchanged, that are broken in mirrors, hidden behind a sheet of rain or the glances of lovers, lost souls or drunks that tell a story with their eyes.

Jessica Lange does not lurk in the shadows, in what is invisible, she is right there, in the unseen. And, like space enclosed within itself, like time, like light as well. Mexico comes to life at twilight, in the half-light, entre chien et loup, in this lapse of time when reality levels out under a dazzling white light, getting its breath back, rejoicing. Lovers find one another again before the Church of Santo Domingo, the dances in the Zócalo square endlessly swirl to the trumpets and tabors, the circus announces its shows.

Night time, bodies are confused, they become entangled, throw themselves around, or abandon one another like choreographies led by an invisible hand. She is the one that orchestrates them, her own movements summoning her providence, bringing forth the image. Jessica Lange reveals what escapes and makes the surface of the night, the light of the shadows, rise up like a painter, shaping them into her own model.

The depth of the blacks, the whites that crack like a whip in the air, the voluptuous, sensual and floating materials, the smell of nightfall, the din of popular music. More than a series of stills, Mexican Suites is a journey through Jessica Lange’s diary of impressions.