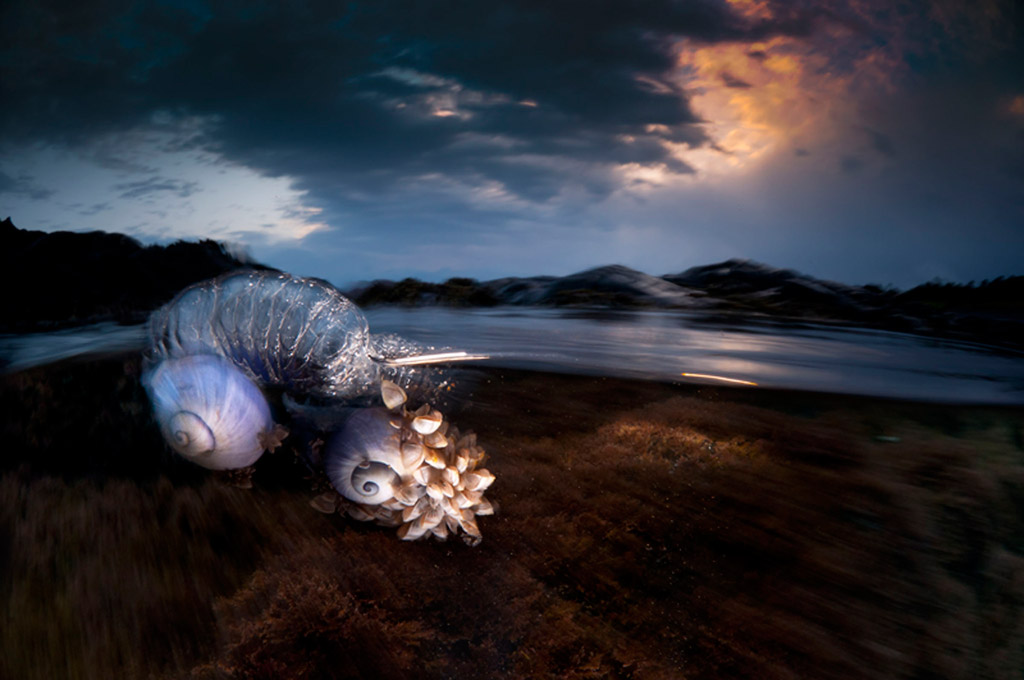 Head On Photo Festival : The Australians – My Pick
Matthew Smith – A Parallel Universe

Originally from the UK, Matthew Smith moved to Australia in 2007 to indulge his love of over and under water photography in the pristine waters of the New South Wales (NSW) coastline. While most people avoid the subjects that fall under Smith’s gaze, such as the Blue Bottle jellyfish that give you a nasty sting, Smith gets up close to capture what he calls “amazing creatures”.

He shoots around the Illawarra Region on the NSW coast south of Sydney. Often he’s up before dawn and on the water ready to shoot as the sun rises. With a background in mechanical design, Smith has created his own lighting system allowing him to use flash underwater to bring out the stunning electric colours of the Blue Bottles.

Smith says, “A Parallel Universe captures the beautiful and fascinating creatures that inhabit our oceans. The most wondrous part of any dive is the moment that the water engulfs my mask as my head slips below the surface. It’s the suspense of the unknown of what lies beneath, the transitional part of moving from one element to the next that feels so magical and the thought of what alien creatures I might encounter.”

By combining a “wet and unfamiliar world with a dry and more familiar one” Smith creates “a window into another universe” sharing with land lovers the experience of the dive.

“A lot of hours go into finding the Blue Bottle and getting the exposure right,” he says. “Against a black background of the water, the tentacles really pop out, while top side you have the air bubble and sunrise…It took a lot of mornings to get one good shot.”