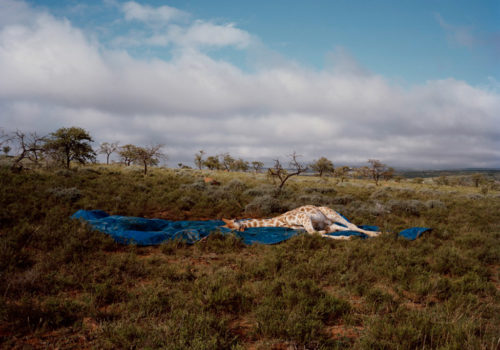 Annual photographic festivals face the challenge of keeping it fresh and programming events and exhibitions that will appeal to loyal followers and also attract newcomers. In meeting this challenge, Moshe Rosenzveig the director of Sydney’s Head On Photo Festival throws his net wide and considers work that is shown around the globe. Head On’s international reputation has grown too and more photographers are submitting work for consideration providing the Head On team with a large selection pool.

The result is an eclectic and engaging collection of exhibitions for the 2016 festival that reinforces the capacity of photography to peel back the layers of human complexity, to transport us to new worlds, to reveal difficult truths and hidden stories as well as to educate and at times, entertain.

On Friday 29th April the 2016 Head On Photo Festival opened with around 1000 guests who crowded into Sydney’s Lower Town Hall to view a number of the Festival’s featured exhibitions and to hear who won the Head On Photo Awards. Several exhibitions caught my eye including Michael Grecco’s Hollywood Icons, Paolo Marchetti’s The Price of Vanity, Andrea & Magda’s Palestinian Dream, Raphaela Rosella’s You’ll Know It When You Feel It and Nick Hannes Mediterranean: The Continuity of Man.

The coveted Head On Portrait Prize was this year sponsored by FujiFilm, who kindly lent me an X-Pro 2 to play with for the weekend. It’s a fantastic unobtrusive retro style camera that performs brilliantly in low light, is fast and incredibly quiet. It’s the first time I’ve shot with a Fujifilm X-Series camera and I can see why so many professional photojournalists love it. All the photos for My Diary were taken with the X-Pro 2.

On Saturday Australian photojournalist Megan Lewis and I undertook a gallery tour. We started with Ron Haviv’s The Lost Rolls at Blackeye Gallery in Darlinghurst, one of my favourite gallery spaces in Sydney. I’d interviewed Ron about this work in Paris in November last year and bought both the book and magazine so I felt I was familiar with the work. Seeing the images in large prints on the wall delivered another reading altogether. This is an engaging collection and it’s amazing to think that many of these rolls of film sat undeveloped in Ron’s freezer for years. Ron’s talk later that day with Blurb’s Daniel Milnor drew a full house as he shared his experience of self-publishing with an enthusiastic audience.

After viewing The Lost Rolls we made our way to GAFFA Gallery in the city where several exhibitions are on show. I saw some standout pieces including Steve Scalone’s exquisite Into the White series. This is an amazing space where artists rent studios on the ground floor with the gallery space above. John Feely and Mark Lehn also have work on display here.

Later that day I headed over to Redfern for the opening of Ingetje Tadros’ This is My Country exhibition. ‘Jingki’ Kerrianne Cox gave an emotional, spiritual performance in opening the exhibition. She is a renowned Aboriginal singer and activist and it was a privilege to see her perform. Ingetje has devoted four years to documenting the indigenous community in Broome with the last eight months focused on Kennedy Hill. She’s won various awards for this work and magazines around the world have picked up the story including an amazing spread in German magazine Stern. Ingetje was also a finalist in this year’s FotoEvidence Book Award and she is collaborating with FotoEvidence to publish her book on Kennedy Hill later this year.

Saturday night the Festival Hub opened with an even bigger crowd in attendance. The Hub’s party atmosphere, with a DJ pumping out the tunes, and the bar doing brisk business, really added to the sense of celebration. The Hub is a fantastic central location where visitors can view a number of exhibitions. The standout exhibition here was Daniella Zalcman’s Signs of Your Identity. Daniella won the 2016 FotoEvidence Book Award for this series and the book will be published later this year. As one of the jurors for the FotoEvidence Book Award, it was wonderful to see the work I’d judged online, hanging in the Festival Hub.

The opening party at the Hub was followed by a brilliant dinner at Thai Nesia in the inner city suburb of Darlinghurst where photographers from six different countries were at the table. One of the best aspects of attending a festival like Head On is the opportunity to meet new photographers from around the world, exchange ideas, catch up with friends and make new ones.

Sunday morning began at Customs House at Circular Quay with Giles Clarke’s Waste in Time, which is a must-see. Giles’ portrayal of those who are eking out an existence mining the refuse of the Port-Au-Prince landfill, and working and living in inconceivably horrific conditions, encapsulates the power of photojournalism to reveal stories that would otherwise remain hidden. Giles is one of the most committed photojournalists working today and it is wonderful that his work is hanging in this brilliant venue in Sydney, where thousands will see it.

On Sunday afternoon I sat on a panel with photojournalists Ben Lowy, Ron Haviv, Natan Dvir and Kate Geraghty. Mediated by Sydney Morning Herald photo editor Mags King, we embarked on a lively discussion about what’s happening in the world of photojournalism. This continues to be a topic of interest for the industry and it was a great opportunity for me to share some of my research that I am doing for my PhD. It was fascinating to hear so many different perspectives, but there was no definitive answer to the question can you make a living out of photojournalism? As everyone agreed, multi-tasking is the way most photojournalists survive, which is not that different to the way it’s always been, the idea of a Golden Age tends to be wrapped in nostalgia rather than truth.

After three hectic days it was time to get back on the plane and head home to Melbourne. I made some fantastic new contacts, forged new friendships and saw some incredible work. Creativity makes the world go round. Thanks to Moshe, Anita and the amazing team at Head On Photo Festival, the world of photography has come to Sydney this May. Head On is running until 22nd May at various venues. Check out My Picks, the Head On Photo Award Winners and see the festival website for more details.