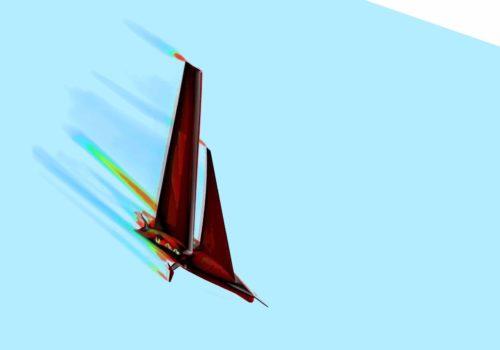 With the exhibition Image Capital, the Fondazione Mast in Bologna highlights a less explored aspect of photography, that of its economic value as an information technology. Interview with its curator Francesco Zanot by Zoé Isle de Beauchaine.

Francesco Zanot, you are the curator of Image Capital. Could you tell us a bit more about the project ?

This exhibition is not only an exhibition of photography but, above all, it is about photography. The show explores photography as an information technology, how it is incorporated in processes which involve computer and other machines in order to elaborate, manipulate, retrieve datas and information of different kinds. The exhibition can be considered as the result of a scientific method, as it is a research project blending art and science, which Estelle Blaschke and Armin Linke started five years ago.

What about the title, Image Capital ?

Pictures, images, photographs, into these systems of information and technology, are a form of capital. They have a value and this value depends on different factors, which are all explained through the exhibition. Nowadays possessing these kinds of images is a form of power. For instance if you look at archives or image banks which own such pictures, they have a great value, as pictures have a strategic value into this world. For example if you think about images that are useful to the industry and how much photographs are integrated into the machines in order to guide the production processes. All images are information and in this sense they are valuable to the production process.

This perception of photography as an information technology, how dit it start and how has it evolved ?

This started in the middle of the 20th century, when technological systems increasingly started to enter into the production process. Firstly, images and data were all kept with negatives and then with the digital revolution it has all changed over the last twenty years. What happened is that much bigger quantity of datas could be included in a smaller amount of memory. It is also much easier to retrieve, to access this information through digital technology. This exhibition explores the history of photography as an information technology, the present of it but also tries to imagine the future of it. What will happen to these relationships.

What about the interdependence between text and image, the concept of metadata ?

The most important is not to only have images. To be valuable, images have to be linked to a text, a description that is essential to retrieve pictures. If you look at archives, depending on how the pictures have been described, you will be able to find them or not. Therefore these descriptions, which are called metadata nowadays, are crucial in making pictures the capital we are talking about. In the end, it all relies on the connection between images and metadata. This started many years ago, when for an archive made of analog photography you always had several cards with a description connected to the images. Later, it evolved into descriptions being integrated on one same card, like the Recordak system for instance. Then, through digital technology, these metadata became part of the file, which resulted in a much stronger connection between text and image, allowing for a much easier way to manage these images.

In the exhibition there is a picture of a car which was built through a supercomputer. Armin described this image as « something produced and not reproduced ». This takes us to the concept of post-photography.

I think the idea of post-photography is very much linked to the fact that we do not believe in photography anymore. This is the big shift that happened twenty years ago, when the fact that images could be manipulated became evident and omnipresent. Since that moment photography was perceived as a medium through which reality can be reinvented. Think about renderings. They are visual interpretations of reality and in a way they mimic photography. They look like pictures and through these images a reality is built. An interesting example was that time when renderings from the video game Assassin’s Creed provided by Ubisoft were to be used to help the reconstruction of Notre-Dame. It did not happen eventually but it show how rendering was tried in order to rebuild something real. It is not a document, however it was considered as a starting point to build a reality.

In this exhibition, with the reliance of machines on photography, it seems there is a sense of the infallibility of the medium.

It is true because, in the end, these machines trust photography. Most often cameras are used to control the quality of a product. The machine takes a picture of the object and it decides if the object has to be kept or discarded. In case there is a problem, the production process stops. In this case everything is about trusting photography and the machine is built in order to follow what photography tells it. However, there is always a person as well. This point is crucial to the show. The human presence is essential to the machine. When you look at the different pictures and videos Armin Linke took, you can see that people never disappear. It is not only about programming and building the machines, it is also a collaboration between humans and the machines. So if photography fails, humans are always there to correct it.

Fondazione MAST : The MAST Collection – A Visual Alphabet of Industry, Work and Technology