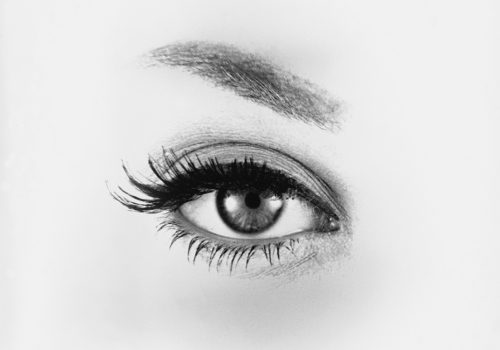 Galerie Miranda presents a photographic dialogue between the sensuality of Fernand Fossagrives’ formal black and white nudes from the 1950s and the contemporary manipulated works by Noé Sendas – rigorous, sophisticated and witty.

Fernand Fonssagrives (1910 – 2003, France) Born in 1910 to a sculptor father and a musician mother, Fonssagrives developed an early sensitive to physical grace and movement and his first career was as a dancer. He moved to America at the age of 18 to continue his studies of dance and returned to Europe at the age of 21 for his military service. In 1935 he met the young Swedish dancer Lisa Bergstrom who would became his dance partner then his wife. Following a diving accident Lisa gave him a Rolleiflex and he commented that it was his first ‘real’ camera, and it would be become like a part of his body. later marry Irving Penn. Fernand Fonssagrives’ most memorable work traces their unique partnership, captured in sublime black and white chiaroscuro nudes formalized by a geometric play of light and shadow, that created a precedent at the time, much imitated since. Galerie Miranda will present a selection of signed artist prints of key works from the 1950s, exhibited in Paris for the first time.

Noé Sendas (b. 1972, Belgium, lives and works in Berlin) Noé Sendas began exhibiting his work in the late nineties. He resorts to different means of expression: video, sculpture, collage, drawing and photography. Explicit and implicit references to artists and literary, cinematic, or musical creations are part of his raw materials. Rooted in cinematic and literary references, his images depict phantom-like, partial figures whose heads and limbs appear to be invisible, or which have seemingly blended into furniture or walls. Drawing upon photographic modernism, abstraction and surrealism, his staged, partly erased human bodies directly and indirectly reference Dora Maar and Man Ray, John Baldessari and Guy Bourdin, Robert Gober and John Stezaker. After more than 50 solo expositions in Europe, Galerie Miranda will present for the first time in Paris selected recent works by Noé Sendas, in particular his 2015 body of work “Wallpaper* Girls”.

Opening on Saturday November 2nd from 4 pm to 7 pm