Feng Li and His Diurnal Night 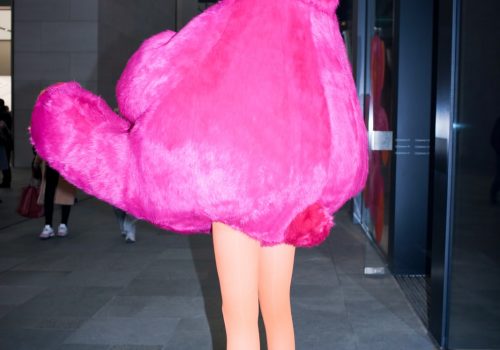 For the first time, the Chinese artist is exhibiting outside of his own country in Paris. He is publishing a book called White Night filled with photos taken in secret in his city of Chengdu.

Feng Li is fully part of the line of street photographers who come upon extraordinary, moving, and amusing moments. In the style of Daido Moriyama, he devours the pavement and catches everything that captures his eye, cuts into the subject he perceives, and gives stunning pictures that disturb, make you shiver, disgust, or delight. In his book White Night, we seem to dive with him into an urban stroll that flirts with the feeling of unsettling strangeness. Like Hans Bellmer with his puppets, Feng Li cuts the limbs of the characters, offering the view of a back, a leg, a hand. Sometimes, they are models. Sometimes, they are elderly people worn by life. Sometimes, it is a young woman who thinks she is a film star. Sometimes, it is a dead animal who is lying around the street corner. The ensemble is lugubrious, dark, even if the photographer, like an insect, seems drawn to lively colors. Armed with a flash, he captures people and situations with the same control, quickly, without being seen. Sometimes they are characters without faces, silhouettes that walk through a day so dark that it could be called night, like an interminable night in broad daylight.

Jean-Baptiste Gauvin is a journalist, author, and director who lives and works in Paris.