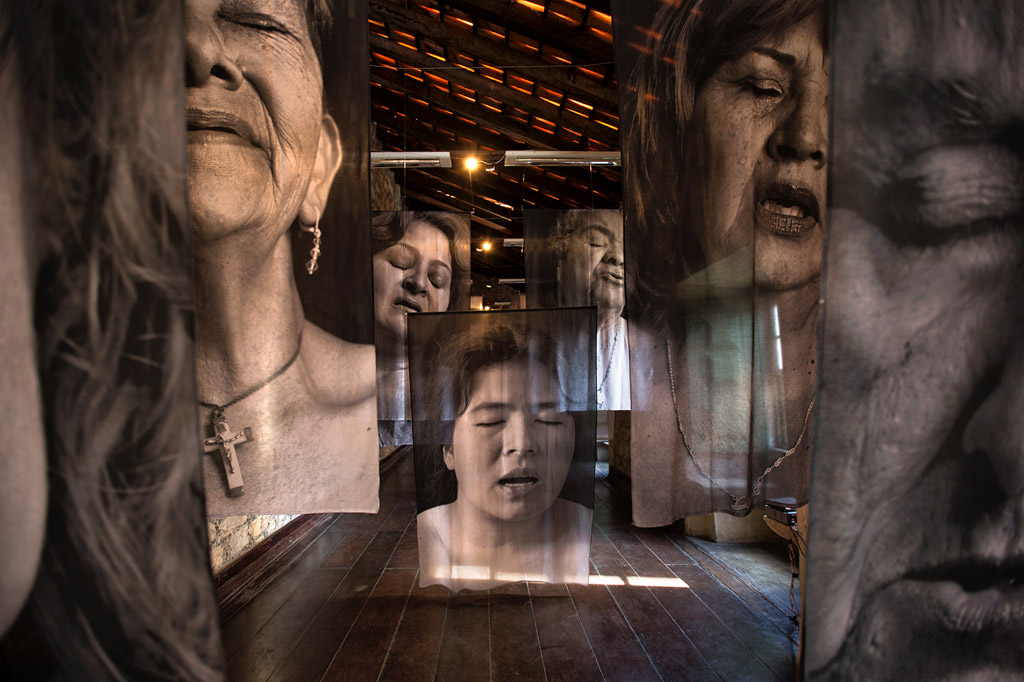 Memento Mori: Testament to Life is a new two-volume edition from Colombian visual artist and anthropologist Erika Diettes which goes beyond documentary images of war, suffering and grief to give a human face to the universal issues of social injustice and the cost of terrorism.

A powerful and moving memorial to the victims of Colombia’s ongoing armed conflict between the guerrillas and the government – where the number of people killed over the past 50 years totals more than 250,000 – Memento Mori includes three bodies of work originating from the direct testimonies of the families of the victims, as well as in objects belonging to them.

The first volume includes hauntingly beautiful images of Diettes work on display at museums and at memorials where the victims ‘disappeared’, a moving statement by the artist herself, with an essay by Mexican scholar Ileana Diéguez, and a conversation with the artist by Anne Wilkes tucker, former Curator of Photography at the Museum of Fine Arts, Houston.

The second volume showcases the plates from the three photographic series.

Río Abajo or Drifting Away presents images of articles of clothing of the ‘disappeared’ photographed in water and embedded in glass,  creating a representation of one of the most common practices in these atrocious crimes of disposing of bodies in the rivers which have become the largest graveyards in the world.

Sudarios or Shrouds consists of photographs printed on linen of twenty-one women who have witnessed atrocities committed against their loved ones. In sessions with Diettes lasting almost three hours, the women related details of the most humiliating and horrible situations a human being can be subject to.   These portraits convey the evil that some are capable of and the longing to transcend the pain of witnessing it.

Reliquaries or Relicarios are three-dimensional works of polymer evoking the idea of ‘soft’ amber and containing mementos and personal effects of the victims donated by family members. When on display, they are positioned to create a long corridor where the audience can walk around the Relicarios as they would a cemetery.

Erika Diettes: “My work is inspired by the extremely complex social, political, and cultural situation that exists in Colombia, along with theoretical questions raised by my reaction to the unrelenting violence that my country has experienced for decades.  I have decided to bear witness to that violence, and to give the victims – both those murdered and disappeared and their survivors – voice through my art.

“Because the work originates in the direct testimonies of the families of the victims as well as in objects belonging to them, it assumes a significance that trascends aesthetic considerations.  I create a physical and emotional space within  both the images and their installations that is recognizable to the mourners as a memorial and that is also accessible to other viewers, allowing them to go beyond the idea of a violent event and to identify with the humanity of the people affected.”