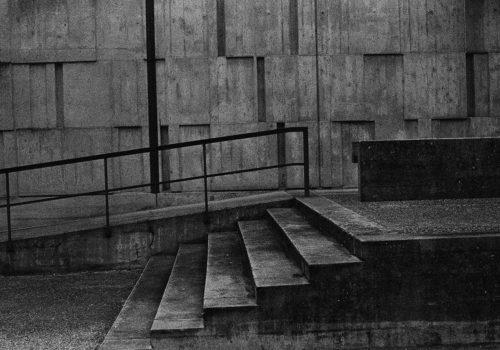 Patrick Gilliéron Lopreno publishes a book of photographs U-TURN with the Editions Till Schaap in Switzerland with a text by the writer Slobodan Despot (“Le Miel”, Gallimard).
This book defends the different spiritualities as a bulwark against chaos and the announced catastrophe.
Here is an excerpt of the text by Slobodan Despot:

Strangeness Weekly
When did we enter the technosphere? Barely two centuries ago, and that seems like a civilization to us. Having invented the steam engine, we thought we could replace God. We have only succeeded in counterfeiting nature.

We thought we were the masters of life, we have only become slaves to our own tools. The path that was to lead to a bright future was actually an endless wheel where we were the squirrel. And the wheel began to spin faster and faster. After coal oil, after oil electricity, after electricity nuclear energy.

“The monstrous acceleration of life accustoms the mind and the gaze to a vision, to a partial and false judgment”, noted Nietzsche in Human, too human, and everyone resembles travelers who get to know countries and people without leaving the railway.” It was only 1878, but the direction was given. We are only passengers of our own life and we die terrified that we have not yet begun to live it. We became acquainted with it, with this one life that was ours, without ever leaving the railway.

Hence the feeling of sidereal emptiness that increasingly populates our constructions. They have never really been inhabited, any more than station halls or motorway interchanges. All our infrastructure resembles disused equipment from the Winter Olympics which, for the space of a few weeks, made a provincial resort the center of the world, twenty or forty years ago. A Roman dry stone bridge is younger than any reinforced concrete artifact. The feverish desire to perfect nature makes our works old-fashioned even before we put the gable on them. Old-fashioned before being old, decrepit before being anointed by the patina of time. Ghostly before they even had time to be haunted. Calling the missile and the explosive to end their ugliness.

Slobodan Despot
The complete text is available in the English edition