Decoupling the Intrinsic Value of a Photograph from its Economics 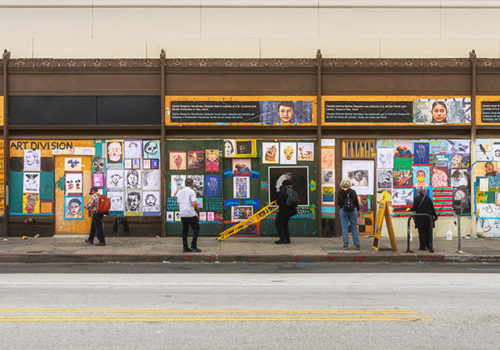 I watch as evidence mounts that the concept of value for a photograph is changing. First, it was the billion a day picture explosion of phone cameras, and the internet, then NFTs, and now this story in L’Oeil of June 10th: Jean-Marie Perier’s Yesterday and Today.

In it, he writes “I offer an exhibition of 41 photos of my “60s” pictures free of rights to be placed on the walls of all the nursing homes (EHPAD) in France who would like to have it for an indefinite period, with no rental fee, which they can keep for years if they wish.”

Further on he writes “That pictures pinned on the walls of teenagers 60 years ago can be found in nursing homes today, I find it poetic.”

So here is a professional photographer, someone who has spent a lifetime taking pictures for money recognizing that his pictures have additional value when offered for free…! It is an astounding idea.

I don’t know how many photographers I’ve talked with over the years about how the value of their past work is changing. For those of us who grew up in a world where photography was scarce and technical photographic skills hard-won, there was a taken-for-granted understanding that old work continued to have economic value long years after it was made. I remember a conversation I had with Phil Stern ten or fifteen years ago, him telling me how pictures he made in the 1950s were earning more money in the 21st century than when he had shot them. Now Phil shot iconic pictures of James Dean and epic battles of WWll, so perhaps this was not so surprising but around the same time I was also talking with other friends, photographers who had made a good living shooting Travel and Landscape. They were seeing their income drift away through the proliferation of pictures sold for pennies by the rising digital stock agencies.

All this to say we are living in an interesting moment and I see new ideas emerging in response to today’s deluge of imagery. And I think one important idea is that a photograph still has value even if you can’t buy lunch with it. Bravo Jean-Marie for the recognition that your pictures have real value even if not directly in cash!

Something else happened recently that also spurred me to write this meditation. I produce a great deal more work than I sell. It is my nature and my pleasure but once you have made a picture what do you do with it? My friend, the painter Dan McCleary, says that if you make art you must show it, so I do. Looking back I’ve had a dozen shows in the last ten years but they don’t begin to cover all the work I have done. Recently, Art Division, a non-profit I am associated with, wheat-pasted teacher’s and student’s work on the walls of a shuttered hotel next to the Art Division studio. I was invited to contribute something, so I made a print and they pasted it on the wall. Then I photographed the opening and went home.

A couple of days later I drove by the wall and to my astonishment, my picture had been stolen. Someone wanted that picture enough to scrape it free and take it away! I can’t tell you how pleased I was. It was nothing but ink and paper after all, the product of a printer and easily replaceable but seemingly it was more too. The print portrayed something so desirable that someone took it off the wall and brought it home. I like to imagine them looking at their picture hanging on their wall because it is their picture now. Hopefully, it inspires them or gives them pleasure. That would please me more than a few dollars I might have made.

And from this thinking has come my next project. This fall, I will make 80 large motorcycle prints and paste them on a wall somewhere. I will advertise the location and invite the world to come and see them and interact with them. Pasting the prints on the wall will set them free while leaving the intellectual property, the copyright, intact. Think of them as physical NFTs if you like. Then we will see what people do. Take them, take photographs of them, deface them, embrace them, or walk by uncaring, I have no idea. We will learn together.

Story and photos by Andy Romanoff