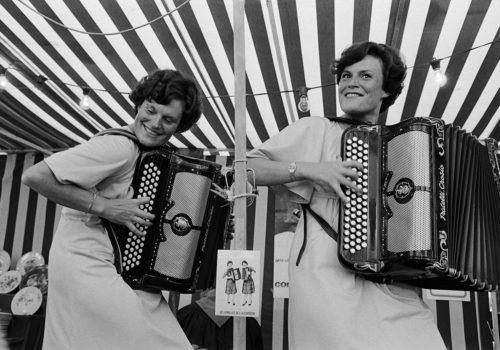 THOSE YEARS, LOGBOOK by Carole Naggar

Is it nostalgia talking? It seems to me that those years were light, open, curious.  Photography was brand new. Sometimes it had a sense of humor. It was not an object, but,  weightless, without pretension, it looked like a winged message. It was not sold: it was rather exchanged for a text, a meal. It only appeared in a few books. We rarely put it on the wall and we didn’t talk about vintage. We were not concerned with the gender or race of the photographers, only with their images. Wondering if only a black photographer could photograph black people might not have occurred to those new to Bruce Davidson’s East 100th Street. George Rodger had photographed the Nuba in Sudan, but no one would have thought of calling him a colonialist. The academy and the money had not entered the ballroom, and there were no masters or thesis on photography. But we had we must also admit some blindness: very few women photographers were in the landscape. All in all, we had the feeling of discovering a brand new territory, a little wild, intriguing, that the history of art had not touched. I was 20 years old. During my studies – art history, precisely – I told my teacher that I wanted to write about photography; he replied:

“What a waste of your education!…

But what a sweet waste! I soon left university. Photography in those years was for me the beginning of everything.

And hardly had I discovered this not very noble medium, disdained by my professor than I discovered at the same time the multiple ways that photography had, as if dissatisfied with its limits, of questioning itself, of commenting on itself, of modifying itself, of going beyond the reality of the document to embrace new territories.

All these discoveries have always passed through lovers and friends, who have served as conduits to open up new historical or contemporary territories for me. I went from emotion to intellect, not the other way around, and theory didn’t matter to me.

It was immense and important to be part of something new, to feel the warmth of a group, of a clan, even, in a “circle” of photography that had just hatched and was still marginal, a follow up of May 68. It was because there were few of us and we all knew each other. This small group was made and unmade according to quarrels and theatrical reconciliations. Paris was full of building sites. In 1973, the brand new Montparnasse tower stood 210 meters tall. Paris was made up of small buildings, it seemed tall to us… But we didn’t yet know that this construction site marked the beginning of the end for our neighborhood in the 14th arrondissement.

Rue de l’Ouest—I forget the number—between the south side of the Rue Daguerre and the Rue Niepce was the old and run down garage, with the low, cracked ceiling, renamed the editorial office and the gallery. Sitting on high stools, our group – I remember Florence Chevallier, Arnaud Claass, Didier Romand, Bernard Perrine, Jean-Claude Gautrand, Bernard Plossu, Jacques Marchois, Patrick Chapuis, André Laude – we wrote on the typewriter then gave the text to be assembled in the columns of the newspaper Contrejour. It was enough for photographers from the provinces or from abroad, passing through Paris, to push the door and enter to show their portfolio.