Best of January : Clément Chéroux takes over as head of the Department of Photography at the SFMoMA 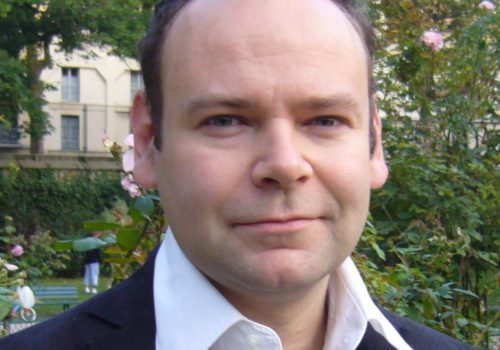 This week, Clément Chéroux assumes his post as senior curator at the Department of Photography at the San Francisco Museum of Modern Art. A dream come true: two galleries spanning 1,200 square meters in a newly built museum. This spells paradise for this 46-year-old Lyon native who had discovered his passion for photography in 1986 on board a train from Lyon to the Côte d’Azur. A train car had been transformed into a photo gallery featuring the work of Pierre Molinier, Michel Journiac, Gilbert Gormezano, and Pierre Minot. Aged 16, Clément Chéroux was spellbound. He went on to join a photo club and made his first images. He was among the first students of the École Supérieure de la Photographie founded by Alain Desvergnes in Arles. He spent a year at Princeton, a few years at Université Paris 8, followed by the appointment at the Centre Pompidou extended to him by Quentin Bajac.

Ten years later, he is moving forward. Most recently, he spent two months doing research in the Man Ray archives upon the invitation of the Getty Museum. He also discovered the West Coast of the United States and developed a regular exchange with the San Francisco MoMA. Once, over lunch, one of the members of the Board of Trustees of the California museum asked Clément if he might be interested in heading the Department of Photography. He was. American museums don’t waste time with needless job announcements: if you’re interested, you meet with the Board of Trustees, and if they like you, you’re hired.

They liked Clément a lot. How come? Because he epitomizes the curator of the future. His professional credo encapsulates the current trend: “We no longer question the place of photography in art, but the place of art in photography.” Photography is accepted, recognized, and venerated, and it’s time to move on. Clément Chéroux believes that museums of photography have outlived their usefulness and do no more than fight old battles. He realized that the great collectors of the last century are gone and their role is now fulfilled by museums and foundations. “There is no longer a unique, providential curator,” he explains. “These days, a museum department is headed by four or five collaborators who work together, constantly brainstorming.”

As his parting gift to the city of Paris, Clément Chéroux leaves behind three exhibitions he has curated: Eli Lotar at the Jeu de Paume from February 14th to May 28th, 2017; Josef Koudelka: Exiles at the Centre Pompidou, from February 22nd to May 22nd, 2017; and Walker Evans: A Retrospective, also at the Centre Pompidou, from April 26th to August 14th, 2017. This last exhibition will travel to SFMOMA next September. Clément Chéroux professes a predilection for Walker Evans and curating his work had long been his life’s dream. As for his first project on the American soil, Magnum Manifesto will be on display at the International Center of Photography in New York, from May 26th to September 3rd, 2017. Between all these exhibitions, he confesses his preference for Walker Evans, which was one of the dreams of his life.

The appointment of Clément Chéroux leads to an observation. That one of two formidable generations of chief curators  of photography, at key position in the photo world and each of them combining culture, talent, and creativity: Sylvie Aubenas, Agnès Sire, Diane Dufour, Luce Lebart, Marta Gili, Quentin Bajac, Gilles Mora, and Clément Chéroux.

Centre Pompidou: What is Photography? An Interview with Clément Chéroux and K. Ziebinska-Lewandowska