Centre Pompidou: What is Photography? An Interview with Clément Chéroux and K. Ziebinska-Lewandowska 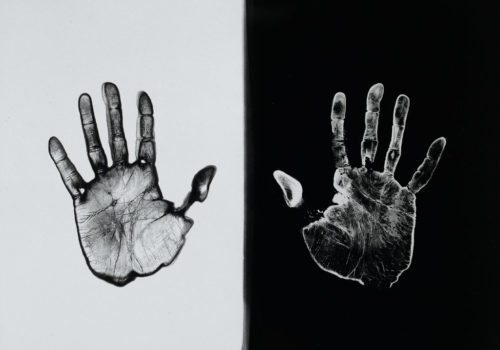 Anne-Claire Meffre: Tell us about the photo gallery…

Clément Chéroux: Qu’est-ce que la photographie? is the second exhibition in the new photo gallery at the Centre Pompidou, which opened in November 2014. The collection holds 40,000 works, the largest photography collection in Europe and one of the two or three greatest in the world given the richness of the pieces, 300 or 400 of which are at any one time being exhibited in the museum. There was a discrepancy between the 300 or 400 works and the 40,000 in the entire collection. We wanted a space that would provide more visibility. We’re going to continue exhibiting photography in the museum galleries and holding photography exhibitions in other spaces. The new gallery is intended to add to the museum’s photography activities, not replace them. We’ll be holding three exhibitions per year: a historical exhibition (we started with a Jacques-André Boiffard exhibition last year), a contemporary exhibition (the next one,is devoted to Anna and Bernhard Blume), and a thematic exhibition, which is the current one, Qu’est-ce que la photographie?

ACM : How do you approach a subject like this?

CC: When it comes to a thematic exhibition, the challenge is to find a Big Question about the history of photography and art history, and then to browse the collection, which spans from the early 20th century to the 21st. We don’t start with the easy question. What is photography? This has been asked since its invention. We decided not to approach it abstractly, but through artwork. The exhibition features the work of 30 artists, from Man Ray and Jeff Wall to Ugo Mulas and André Kertész, who asked themselves the same question and who attempted to answer it through a photograph or a series of photographs. What interested us was an approach to this question through practice rather than theory, to exhibit the artists who put theory into practice. That might be what sets this exhibition apart.

Karolina Ziebinska-Lewandowska: It was all about seeing what in the collection responded to this issue. Sometimes it’s the works themselves that pose or answer the question directly, and sometimes they respond to the issue while remaining distant. This is an interesting way to “read” the collection. Clément Chéroux began the research before I arrived last year. Then we had to take positions. Since it was our first project together, it was interesting to see how all the material  that had been gathered with a critical eye, and to determine what that meant for us, what we agreed and disagreed about, what direction it would take. We started with a selection of 1,000 works and ended up with thirty.

CC: Our earliest research only led to cameras or people with cameras, self-portraits by photographers… So we had to make the issue a little more complex. Some of the works responded to the question with more subtlety, metaphorically. I’m thinking of a piece by Patrick Tosani showing small figurines trapped in an ice cube. At first glance, one might wonder what this has to do with photography, but through this work, Tosani is talking about the ability of photography to freeze something, stopping a human movement in time.