Cecil Beaton –The Art of the Scrapbook 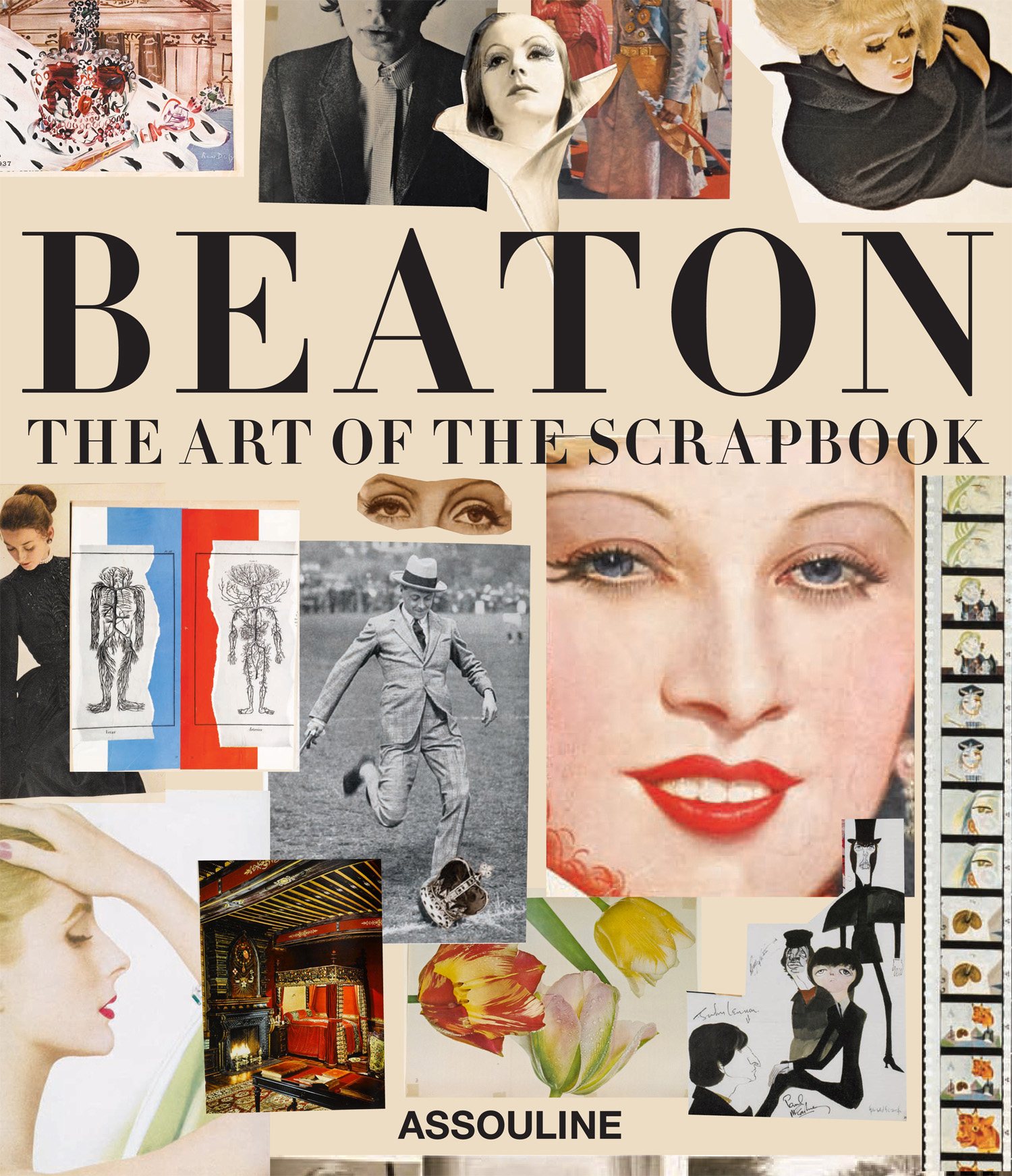 As one of the twentieth century’s most important photographers, Cecil Beaton helped invent the cult of the celebrity image while pushing the boundaries of his art form with innovative techniques and staging. In the course of his decades-long career as a photographer for Vogue and Vanity Fair, as well as a British war correspondent, Cecil Beaton documented lives both famous and quotidian—including his own, in dozens of scrapbooks now held by Sotheby’s London.
In these pages, reproduced here for the very first time, the inner vision of the man behind the camera takes center stage. Composed of his own prints and of clippings from magazines, newspapers, and playbills, the pages are an instructive record of his creative process. His famous eye alighted on society figures, royals, dancers, actors, statesmen, and natives in ceremonial garb, picking out visual rhymes and witty juxtapositions. To flip through the pages is to enter a fabulous and surreal party where Tallulah Bankhead rubs shoulders with a bust of Voltaire and a portrait of Stravinsky; where Beaton’s first trip on the Queen Mary coincides with Queen Elizabeth’s coronation. The precursor to the “mood board,” Beaton’s scrapbooks allowed the artist to play with pictures he had taken (and perhaps those he wished he had) in the dreamspace of artifice that was always his favorite setting.

Sir Cecil Walter Hardy Beaton (January 14, 1904 – January 18, 1980) was an English fashion and portrait photographer. Educated at Harrow and St. John’s College, Cambridge, Beaton picked up photography on his own. At the end of his college career in 1925, he had set up his own successful photography studio. One of his earliest clients and, later, best friends was Stephen Tennant; Beaton’s photographs of Tennant and his circle are considered some of the best representations of the “young England” of the twenties and thirties. Beaton is best known for his fashion photographs and society portraits. He worked as a staff photographer for Vanity Fair and Vogue in addition to photographing celebrities in Hollywood. He also worked as a stage and film designer, including the musicals Gigi (1958) and My Fair Lady (1965). When he returned to London, he was honored as the official photographer to the Royal Family. During the Second World War, he worked for the British Ministry of Information, as a documentary photographer.

James Danziger began his career in the photography world in 1977 as the youngest Picture Editor of The London Sunday Times Magazine. In the 1980s he became Features Editor of Vanity Fair where he was instrumental in repositioning the magazine and in championing Annie Leibovitz, now the magazine’s chief photographer. From 1989 to 2000, Danziger founded and ran the James Danziger Gallery in New York City, one of the world’s top photography galleries, representing such established photographers as Henri Cartier-Bresson, Annie Leibovitz, Mario Giacomelli and Joel Meyerowitz. He later became Director of Magnum Photos’ American operations and now runs Danziger Projects, a contemporary projects office and gallery in the Chelsea district of New York City.
Jonas Cuenin