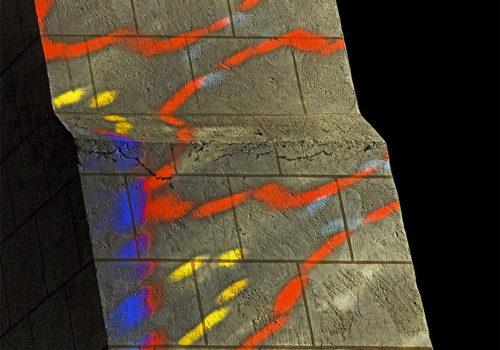 In this summer holiday period, it seems to me appropriate to tame the new environmental atmosphere that smokes out our fad: Photography.

How are the different types of technology and the various systems of communication evolving to reach, to seduce and to satisfy the unconditional photographers?

Technically, there is not much to say despite the uninterrupted flow of innovations, each more essential than the other, which we are forbidden to ignore. The ball and chain at the photographer’s feet is indeed the torrent of supposedly essential novelties to work properly. However, the results of a photographic approach are always the same, with just a little  bit of significant and permanent improvements in the quality of the renderings thanks to technological developments. But, nothing more, we are still reading the work on a support on which the image has been transferred. We can also always examine the result by transparency or project it in an ephemeral way on an often large support. Finally, the photographic bases remain strictly identical to those of the origins. Whatever the labyrinth chosen at the start of the process (collodion, photoshop, ferricyanide, gelatin, capture one, and hundreds of others), the entrance is engraved by light rays and the exit represents the reconstructed facsimile of an observation perfectly ephemeral. Whether the action is frozen in a cyclotron or in a so-called “soapbox” camera, the process always remains the same.

The new proposals for reading and discovering the results obtained have taken other paths, too often bypath our little image (full of promise) no longer aims to offer itself to as many people as possible. It is now, the greatest number who must consume behind our artworks. Photographs of economic activities (so-called industrial), family milestones (births, weddings, communions, etc.), magnificent local landscapes (postcards, souvenir objects, etc.), portraits (for distant lovers and chimneys tops) and even the simple identity photographs were all laid out on a support (frequently paper, or sometimes they were frozen in slides). All of this has virtually disappeared, swept away in less than a decade, replaced by a digital wind of appearances, each more ephemeral and costly than the next. The ivory cardboard sleeve and its crystal sheet is now called Facebook. The slide carousel or light table is now called Flickr. The wedding album is replaced by a montage in “Portable Document Format” signed Blurb or CeWe. It is evolution, it is progress, it is the future; why not ? Except that in this paragraph, not once did the word photographer appear! Find the mistake ? Whoever brings his intelligence and his work to the realization of an image—a true one—is now totally ousted. I’m a bit harsh, sometimes the author’s name still appears when he is sufficiently known (even if he didn’t take the shots himself); this allows… a small extension on the bill!!!

I don’t want to be too long in these so-called times of heat waves. However, I can’t deprive you of an evolution that totally frustrates me. I want to mention, what you have all noticed, without paying much attention to it, the evolution of exhibitions and books whether in festivals, shows or fairs.

But yes, remember? At the end of the last century, we went (not very many, it is true) to see and confront ourselves with a lot of photographic artworks. Sometimes, only on style and at a first glance, we found the author who was mentioned under the title of a poster or on the cover of a few books. Since the beginning of the new millennium, mediatized and oversized egos, it is the author who presents his images. His name at the top of the poster, a long biography at the entrance of the exhibition, followed by a no less very long blurb of insipid explanations about the works hanging on the picture rails. there was a time not so long ago when the name of the photographer filled the halls, no matter how interesting the content of his exhibition. A new step has been taken for some time, the top of the poster is cannibalized by the patron, the gallery, the sponsor, or I don’t know what other aspiring specialist in cash drawers. You will no longer go to see the photographies of dear So and So, any more than his images will make you swoon over his splendid artwork. No, you are quickly going to show yourself at the exhibition of the bank X, at the photographic show of champagne Y, at the demonstration of cars Z, at the competition of a major cosmetics company. The alphabet is not enough there, so many of them want to take advantage of a support in tune with the times. Right in the middle of the biggest international events, such as small local festivals, business is picking up where it left off. The trappers of light, those who risk their lives to tell the story of humanity, the poets of the photon, those that caught the smiles have all fallen by the wayside.

States and public authorities bear a very heavy responsibility in these drifts when they demand their presence displayed everywhere (logotypes and more if affinities) for their lesser participation. The hiatus becomes wacky when each of us understands that the money granted and supposedly compensating for all these intrusive logotypes, comes from the pockets of taxpayers (of which you are a part, dear reader).