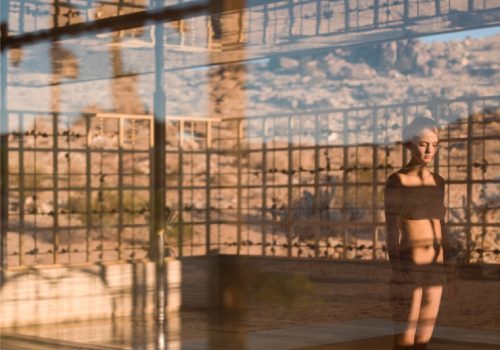 The Billboard Creative (TBC) launched its second Billboard Creative Q4 Show, curated by photographer Mona Kuhn, this December on 33 billboards throughout the streets of Los Angeles. The billboards will feature an outstanding number of emerging and established artists, from work submitted by the public over the last few months. Artist’s chosen include Jack Pierson, Andrew Bush, Shane Guffogg, Kim McCarty, Panos Tsagaris, among others, and double the size of its inaugural outing. I spoke with Mona about the process of choosing the final billboards.

Elizabeth Avedon: How was this project proposed to you?

Mona Kuhn: When Adam Santelli from TBC invited me to curate the 2nd Billboard Creative exhibition to be displayed all over intersections in LA proper, their main interest was to have an artist curate other artist’s works. FROM artist TO artist and FOR artist’s type of thinking!

EA: How many images did you receive or  were submitted?

MK: We received twice the expected amount of submissions compared to last year. It was a great surprise to see the artist community awareness for the Billboard exhibition growing. I am excited to be involved as a curator and artist, because I believe it is a great deal for the artists. It is exciting to see your artwork reproduced large on a billboard, in a proper area of Los Angeles, where 100,000 to 200,000 pass by every day.

EA: What was the criteria you used for your edit?

MK: A billboard exhibition can be a challenging proposition, because we are competing for attention within a busy urban setting with an audience that is mostly driving by.  My first step was to observed traffic in one of the main intersections and study the audience behavior while driving. There were two distinct moments observed: the audience would be either driving by or stuck on a traffic jam. In the first scenario my intention is to grab their attention by surprise with graphically strong artworks, pieces that are easy to read and understand in a relatively very short amount of time.  That was the case with artworks from Panos Tsagaris, Jack Pearson, Andrew Bush, Ed Ruscha, Carolyn Douchette, among others. But I also saw a need to reach out to an audience who might be stuck on a traffic jam. I thought about what works of art would transport me momentarily away from that jam, what would inspire me to mentally escape the traffic.  Some of the works selected were the delicate watercolors from Kim McCarty, the handmade knitted sculptures of Thomas Chung, and the emotional colors in Robert Zuchowski paintings. All works had a touch of sublime to me.

EA: How difficult was it to narrow down your choices?

MK: I had no idea we would receive a substantial amount of great artworks.   It was also a very interesting process for me from the artist point of view. The artworks selected were based on the criteria mentioned to you earlier, but we still had at least 100 great works that needed to be narrowed down to 33 billboard placements. The final selection was the hardest, as all works were equally strong to me. It was all based on the artwork standing on its own. I did not have the name of the artists together with the works. The final selection was then based on bringing a balance to the final 33 group of artworks selected. It was not an easy task, but I would do it all over again.

EA: In the end how many choices did you make?

MK: Last year, TBC placed 15 contemporary artist’s works on billboards across Los Angeles. This year we were able to guarantee placement for 33 artworks.  We have been talking about bringing this to a sister city in the U.S. or possibly Cuba!  It has been an exciting project, great for artist’s exposure, and I am hoping we can expand it further.

EA: What are the locations?

MK: The billboard exhibition is concentrated in intersections around West Hollywood and Hollywood. I thought it was important to provide a mobile map of the show.  ArtMoi is an app anyone can download that shows the locations of the billboards and offer further info on the artists and their works.  Similar to a museum audio guide, but outside of the conventional walls of an institution! The locations and intersections are pretty great: I asked them to concentrate most locations by the gallery/museum areas.  It was not easy to guarantee space, as you can imagine, but it all worked out. Included are Santa Monica and Highland (by Regen Projects); Beverly and La Brea; Sunset and Western; Fairfax in front of LACMA; Melrose by the gates of Paramount Studio’s. You can see the list online (www.thebillboardcreative.com)

TBC is a non-profit organization.  No one was paid for their efforts, it was literally a labor of love. In exchange for my time and advice (partnering with cultural institutions, expanding to new cities or possibly Cuba art scene, concentration of billboards by main LA areas, mobile application, etc.) they offered to place one of my artworks on a billboard. So I have a piece in this as well.

Mona Kuhn: Under My Skin by Elizabeth Avedon