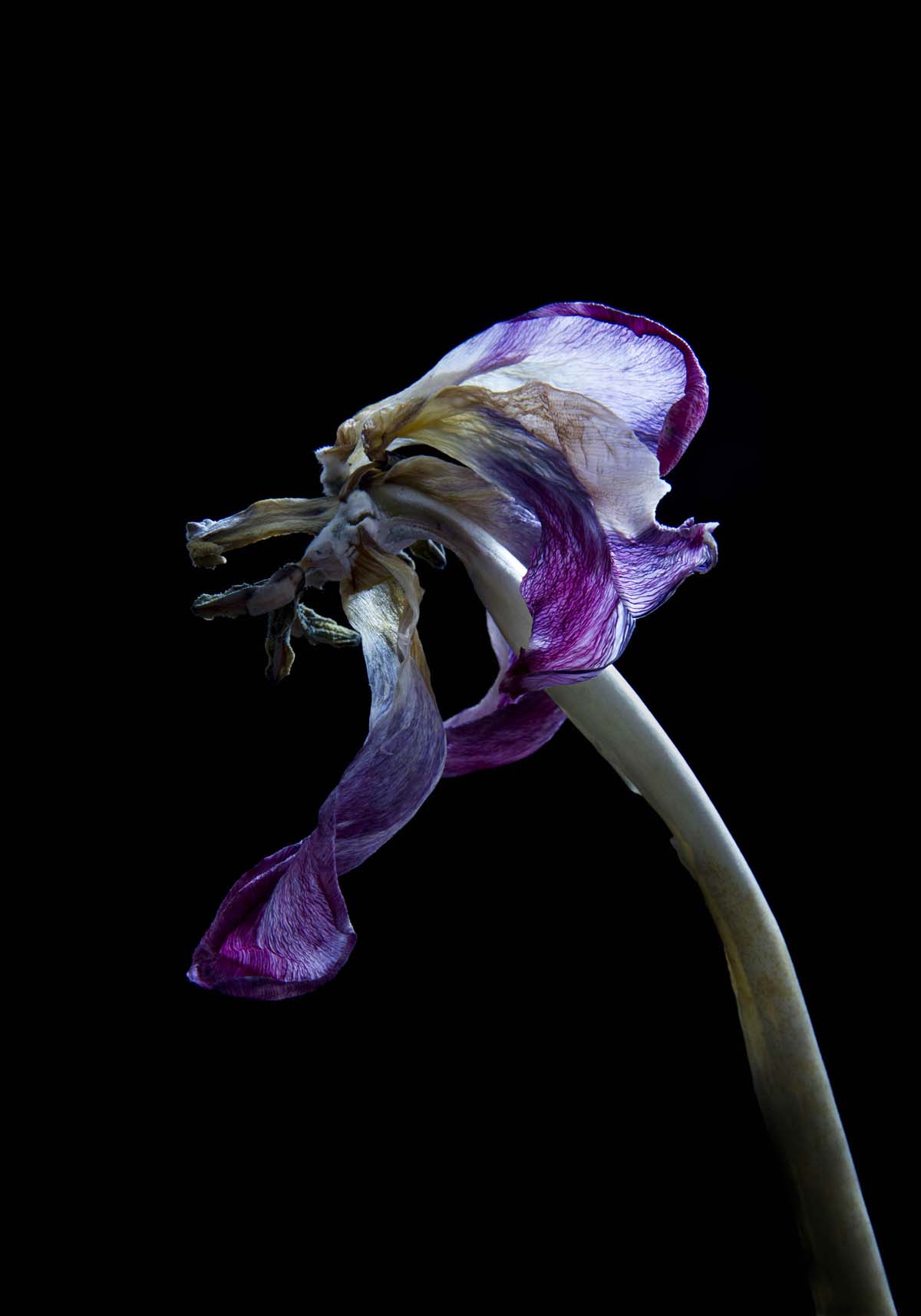 Carla van de Puttelaar is an internationally renowned photographer. In her photography Van de Puttelaar potrays personality, vulnerability and an intimate eroticism, but at the same time  she creates a certain distance and alienation. She gets right on the subject’s skin with her camera, capturing every mole, vein and bruise. In these imperfections of the human body Van de Puttelaar finds a certain kind of beauty. An important element of Van de Puttelaar’s work is her use of “Hollands Licht”. The cool and clear quality of the light – which can only be found in the Netherlands – gives her models the appearance of living statues.

A number of iconic works by Van de Puttelaar will be on display during the exhibition, as well as a couple of recent additions to her oeuvre, like work from the series Hortus Nocturnum. Here she approaches flowers as if they were human bodies. Another new development for Van de Puttelaar is working with video; Kahmann Gallery will show two of her video works from the series Galateas. Galatea is a reference to the Greak myth of the sculptor Pygmalion, who created such a beautiful statue of a woman, that he fell in love with her and named her Galatea. He prayed to Aphrodite to bring her to life and his wish was granted. Just like in the myth, the beautiful still portraits of “Galateas” slowly come to life.

Van de Puttelaar lives and works in Amsterdam. She graduated from the prestigious Gerrit Rietveld Academie in 1996 and won the Esther Kroon Prize in the same year. Since the start of her career Van de Puttelaar has shown her work in numerous exhibitions around the world, most recently Museum Beelden aan Zee in Scheveningen, but also Gemeentemuseum Den Haag, Institut Néerlandais Paris and Palais de Tokyo. She has published multiple monographs: Carla van de Puttelaar (2004), Galateas (2008) and The Beholder’s Eye (2008). Her pieces have been included in multiple museum, private and corporate collections, including Stedelijk Museum Amsterdam, Fotomuseum Winterthur, Caldic Collection, ABN AMRO Art Foundation, Erasmus University Rotterdam and the Randstad Photo Collection.

Mona Kuhn, widely praised as one of the most important figures in contemporary photography, photographs nudes that aren’t simply about being naked. Her nude portraits show the body as a habitat for who we are as human beings. Through her extreme intimacy, her technical skills and her knowledge of traditional iconography, Kuhn shows us the complexity of human existence.

Kuhn gained her notoriety with her series about a French nudist colony, which she visited multiple times between 2002 and 2008. The level of comfort these people have with their own naked bodies, give these pictures a relaxed and dreamlike quality, which is only strengthened by her use of colour. Kuhn uses rich and decadent colours; her landscapes are the greenest of greens and the nude bodies all have a golden glow about them. In this way her work provides an interesting contrast with the more cool and crisp photographs of Van de Puttelaar.

Kuhn returned to her homeland Brazil for the series Native (2009) – which Kahmann Gallery will show in this exhibition – for the first time in twenty years to depict the memories of her youth. She mainly photographed in the jungle and the outskirts of cities, taking advantage of the natural colour scheme of Brazil: green, yellow and pink. Kuhn says about the series herself: “This work began as a personal journey. Metaphorically, I was thinking of a bird that flies back into the forest, searching for its childhood nest. The images here are a creation of my abstracted wishes and dreams. As I was searching, instead of home, I found an empty past, just traces of it. Yet, my journey was filled with new friendships, and discoveries made along the way.”

Kuhn was born in São Paulo as the eldest child of German parents. She now lives and works in Los Angeles. Kuhn has had many exhibitions in Europe and North and South America. She has also published multiple monographs: Photographs (2004), Evidence (2007) en Native (2009). Her work has been included in several collections, among others the Griffin Museum, Massachusetts; The Miami Arts Museum; The Museum of Fine Arts, Houston; The Los Angeles County Museum of Art; The Museum of Photographic Arts, San Diego; The Elton John Collection and the Buhl Foundation.