Best of August 2020 : Photojournalism Now : In Conversation with Robin Hammond 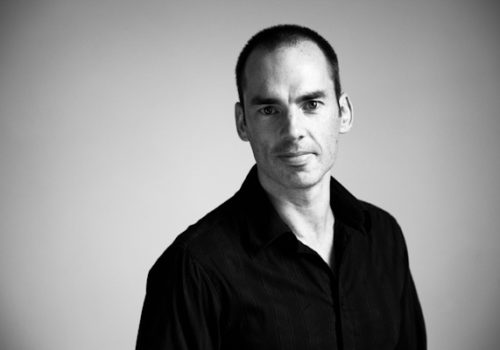 “The motivation for this series is two-fold,” says Alison. “Followers of my blog have expressed interest in knowing more about the interviews I do with photographers, and video seems a perfect way to achieve this. And in this moment of Covid-19 I am curious to know how the pandemic has affected the way social documentary photographers work.”

Alison, who is based in Australia, says digital technology has made it possible to film in-depth discussions with photographers around the world. Each interview starts with insights into the way these professionals are working now and then segues into discussing specific projects.

The response from photographers has been incredible. “Everyone I have approached has agreed to participate. There is so much amazing work being done particularly in the areas of social change, which is the focus of my own research,” says Alison who is completing her PhD which examines visual journalism and social change in the digital age.

“I think the opportunity to talk about specific projects and issues, and to share the photographer’s inspiration and approach provides the audience with important insights. My hope is that this series prompts viewers to think about the issues that we’re talking about. Getting to know the photographer behind the picture is one way to encourage that engagement.”

Photojournalism Now: In Conversation debutes with Alison’s interview with award-winning visual journalist and activist Robin Hammond. Later this month The Eye of Photography will broadcast the second episode, featuring Pulitzer prize winning visual journalist Renée C. Byer. Photojournalism Now: In Conversation. Every month, a new episode will be featured on Alison’s YouTube channel and, of course, in the newspaper.

“I’m so thrilled to showcase the work of these incredible photographers and hopefully introduce them to new audiences,” says Alison. “In the digital media environment, we as journalists, have the opportunity to publish work and find audiences that we might not have reached in the past. I hope these videos help to spread awareness and bring attention to important stories that need to be told.”

Photojournalist Robin Hammond devoted his life covering human rights issues all around the globe. His work received numerous four Amnesty International Humanitarian Reporting Awards, amongst other grants and prizes. In 2011, he won the Carmignac Photojournalism Award for his series on Zimbabwe, bearing witness to the deliquescence of this nation, caused by a social, economic and politic crises that afflicted the country fifteen years ago. “ I drove from South Africa to the border, and within 24 hours I had become one of the first journalists to enter the Marange diamond fields since the 2008 massacres. There I photographed military consortia in the midst of diamond mining, deliberately violating the Kimberley Process. It was one of the most dangerous assignments of my life.”

The conversation between Alison Stieven-Taylor not only covers his works on Zimbabwe but also his project Witness Change. Initiated in 2015, Witness Change is a non-profit organization advocating and broadcasting improvements in the life of people the journalist has met during his reports. It’s “about documenting and recording stories from survivors of seldom-addressed human rights issues” (Interview with TrimTab, 2015). The organization and the photographer himself fought for the genders and equal rights in Africa, depicting the life and difficulties of gay individuals in countries like Nigeria.

He’s a member of Panos Pictures since 2007. He he has worked with various non-governmental organizations and magazines such as National Geographic and Time Magazine.