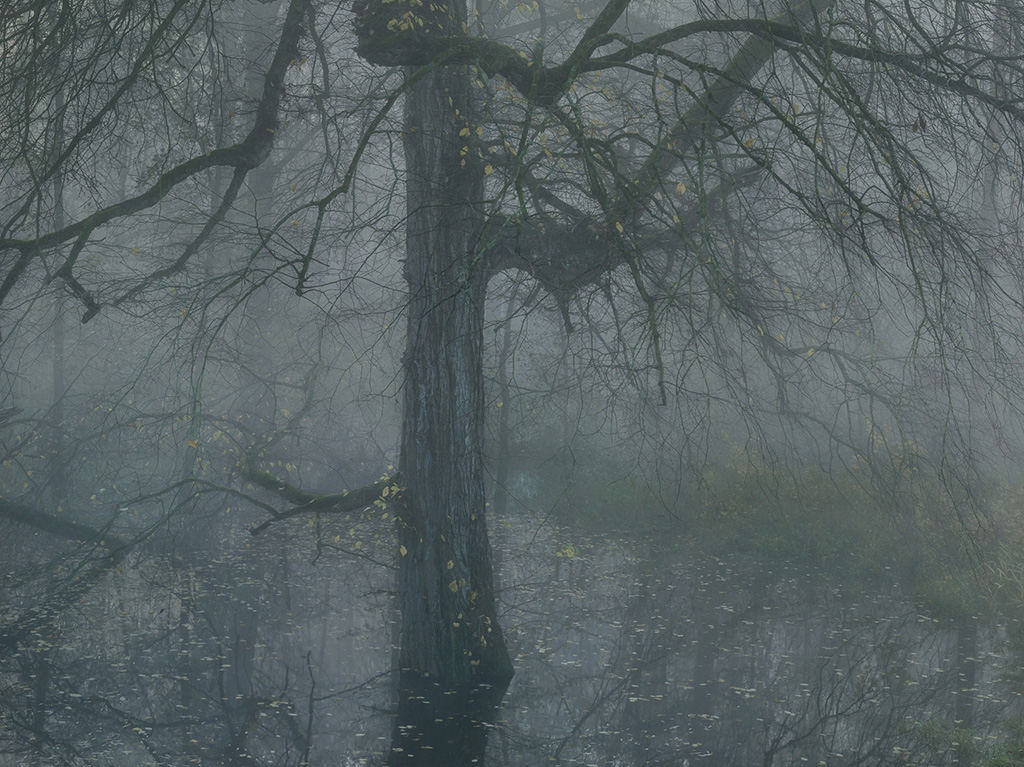 After the work WALD, a series about the German forest, FLUSS (river) is Michael Langes second landscape project which follows the river Rhine in Southern Germany, presented through June 28th, 2015, at the Alfred Ehrhardt Foundation in Berlin.

“The primal matrix of water is an inexhaustible reservoir for the symbolic worlds that have shaped our cultural memory. In all cultures, water is among the materials defining the symbolic and linguistic interpretation of mental and emotional experience. In the history of poetry and myth water has represented the unconscious and the realm of dreams. Venus, nymphs, and the undines emerged from its depths. Water is Eros. It harbors death and gives rise to all life. In his cultural history of water Hartmut Böhme writes: “There is no emotion, no art, no speech, no action, no social institution, and no place on this earth that is not materially or symbolically, directly or indirectly associated with water.”

With his series River Michael Lange captures a realm of nature shaped by permanent, extremely rapid, and correspondingly intense change: “My images express a longing for pacification, depth and beauty — and the desire to lose oneself. A part of my work is to trace the unceasing process of change until a landscape is in harmony with internal images that express my feelings. To understand the depth, inherent order and aesthetic within apparent chaos. To transform the landscape in combination with external influences — fog, frost, the change of the seasons, light, the water level — in correspondence with my imagination, to play with the elements, to take them a step further and combine them with my photographic language.”

Michael Lange pursued this theme over a period of three years and often stayed for weeks on end in the midst of the special landscape of the Rhein. The sense of calm emitted by the images is indebted to the photographer’s precise knowledge of the tensions inherent to natural processes, which are particularly immanent in running, ever changing water. With all its lightness and beauty the apparently motionless surfaces of the water suggest hidden depths below. In the breath-taking, abstract detail of its agitated surfaces, the river, whose advance into these areas goes almost completely unchecked, unfolds its entire driving and formative power, which follows laws of its own. The finest gradations of tone and color produce compositions of atmospheric intensity and distilled clarity.”