At the BAL: a Selection of ten books by Gerry Badger and Martin Parr 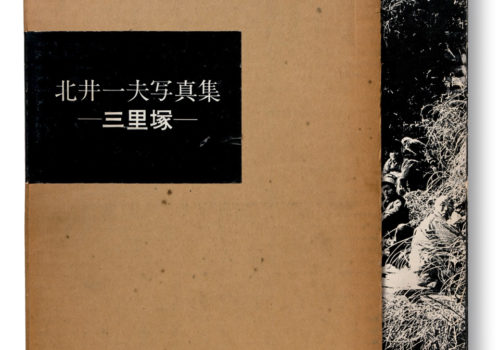 For the release of the The Photobook: A History (Vol. 3), Le BAL in Paris organized a discussion with the authors, Gerry Badger and Martin Parr, who presented a selection of ten photobooks featured in their history.

Libya Jamhiriya (1981) was selected as a typical example of propaganda. It illustrates a chapter on the importance of the book in the history of ideologies. Then came publications related to “protests”: Complete Photo Story of Till Murder Case (1955) by Ernest Withers and Sanrizuka (1969-1971) by Kazuo Kitai, published in 1971. Both are testimonies, the first to a murder and the second to the end of a battle.

Franco Ortoloni’s La Festa del Parco Lambro (1978) revisits the sexual liberation of the Woodstock generation in Italy and explores a time when freedom had to be won through violence.

The two following publications are found in the chapter on “Modern Life.” Open See (2009) by Jim Goldberg was selected for its similarity to a multimedia story, and Gomorrah Girl (2011) by Valerio Spada for its formal and thematic “cohabitation” of two parallel stories.

A perfect illustration of the “personalization of documentary photography over the last sixty years,” the monograph In History (2008) from Susan Meiselas, with manuscript texts and press clippings, foreshadows, according Gerry Badger, what the photobook of tomorrow will look like. “Identity” and the relationship between a photographer and his model is explored in Sabine (2004) by Jacob Aue Sobol, while “memory” is the theme of Rachel, Monique (2012) by Sophie Calle, which Badger uses to explain how he sees the “personalization” of photography.

The selection ends with a mystery: The Great Unreal (2009) from Taiyo Onorato and Nico Krebs takes its meaning from the chapter devoted to “representation and re-presentation” in photography. Inspired by an American road trip, the images are presented as a montage, and the viewer is never sure if the images are real or illusions.