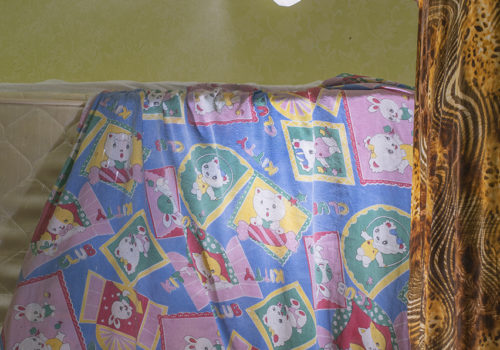 This year, the promotion of the Louis Roederer Discovery Award is on display in the heart of the city of Arles in the Gothic jewel that is the Église des Frères Prêcheurs, from July 4th 2021 (and until August 29).

Since their creation, the Rencontres d’Arles have devoted themselves to photography and the people associated with the works. For this 52nd edition, the festival wished to associate all the exhibition venues with the Louis Roederer Discovery Award:  working as pioneers, the galleries, art centers, associative spaces, independent venues and institutions are often the first to support emerging artists. Thus, these structures were able to propose a project by an artist whose work had been recently discovered or deserved to be seen by an international audience.

Curated by Sonia Voss, the 2021 Louis Roederer Discovery Award will be presented as a collective exhibition, with the aim of making the 11 selected projects resonate. United by a desire to question and rethink techniques and genres, they will testify to a preoccupation with the body, its anchoring in the world, as much as with the materiality of photography.

Resolutely committed to the environment, the Rencontres d´Arles think about the festival in an ever more eco-responsible way. It is in this approach that the scenography of the 2021 Discovery Award has been entrusted to Sonia Voss and Amanda Antunes, accompanied by the association La Réserve des Arts, specializing in the reuse of materials in the world of culture.

The Louis Roederer Foundation can only rejoice over this initiative, in total consistency with the values ​​of its parent company which, for more than twenty years, has been leading virtuous viticulture respecting the soil and biodiversity.

The winners of the Jury Prize and the Audience Prize will be announced at the end of the opening week, on Saturday July 10th, at the Théâtre Antique d´Arles

With humor and by means of a subtle and daring use of colors, Al Qasimi leads us into typical middle class interiors from his country, the United Arab Emirates. Traditional decorative elements rub shoulders with modern utilitarian objects, familiar usage blends into social representation, the aesthetic specific to the Persian Gulf blends with that inherited from colonialism. To highlight this heterogeneity of tastes and values, the artist skilfully plays with stereotypes. The result, hybrid, saturated, both joyful and disturbing, reflects the lightning-fast developments of a very young nation. The cultural, political and religious issue of the visibility of women, and more generally of the representation of bodies is also at the center of her photographs which, by their suggestive character and their sophisticated framing, bypass the taboo of figuration by focusing on eroticized objects and bring women and their social interactions to the fore in the spaces they inhabit.

Born 1979 in Tbilisi, Georgia. Lives and works in Berlin, Germany.

Familiar and impersonal at the same time, the plastic bag is at the center of Ketuta Alexi-Meskhishvili’s most recent work. Fascinated by this object which is both fragile and lastingly polluting – the “fossil of the future” says the artist – she has been collecting them for a few years. In Georgia, where she is from, some of these tourist bags bear traditional ornamental designs, similar to those found in Byzantine churches. The curtain presented here is characteristic of the artist’s method: from a 4 x 5 inch negative to which she affixed an illuminated plastic bag – an accessory in vogue among clubbers -, it is adapted to the nature and dimensions of the exhibition site. The translucent material of the textile and its falling drape refer to the artist’s attachment to the play of transparency and light as well as to the window motif that appears in many of her works, while the black edges are reminiscent of the analogy between the rectangle in the photograph and the window that opens onto the world.

Lives and works between Paris, France, and Berlin, Germany.

EROS AND THANATOS EURENT A CHILD

Eros and Thanatos had a child is a mixed installation reflecting the diversity of techniques used by the artist: photography, film, sculpture, materials and objects using them in a process of fossilization, decay, corrosion. Taking as its starting point a molding made in the excavations of Pompeii, the work is like a tribute to photography, an art which has been said to have its origin in the first traces of human figures. The body, buried almost 2,000 years ago, presents itself to us like a snapshot. The salt and copper present in the installation also refer to a material history of the medium, while the moving images, obtained with the aid of a Super 8 camera stripped of its lens, have the grainy appearance of the first heliographic prints, on which the human figure is still only a phantom.

Wadi Qelt, in the clarity of the stones is based on a long-term research around the natural elements and offers an experimental photographic study of the eponymous valley, located in the Judean Desert, between Jerusalem and Jericho, near the Dead Sea . The dramatic drying up of the lake has turned the region into a lunar area eroded by the salt. This, collected from the desert floor, is then used by the artist in her studio to fossilize her prints to give them a sculptural quality. Both an image and a structural component, she makes the work sparkle at the same time as she freezes it, recalls the living character of mineral matter as well as its hieratic beauty, suggests a landscape to be contemplated and a threatened ecosystem.

Born in 1990 in Bad Reichenhall, Germany. Lives and works in Berlin, Germany.

The Les Habitants series is the result of a hybrid production process, at the crossroads of architecture, sculpture and photography.

These images – two-dimensional renderings from virtual 3D space – originate in a space initially modeled by the artist using computer software. Kamm then sculpts figures using virtual tools and a texture he first photographically “picked” from his physical surroundings. Once the figures are produced, the program, imitating the tools of photography, allows the artist to choose an angle and, from an almost unlimited spectrum of possibilities, to adjust its light sources, focal length, aperture, etc. The vaguely anthropomorphic figures of Kamm are like mediators floating between the real world and the dematerialized world.

The reduction that characterizes these images, the undecidability of their status, make them vectors of untold narratives, carriers of a potential but still imprecise, mysterious meaning, opening up a space that we are invited to fill.