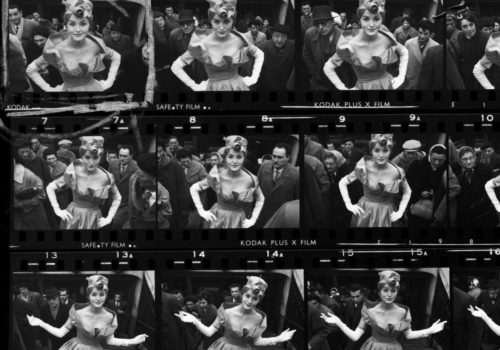 The Rencontres d’Arles, ARTE and the Tënk platform are offering an evening dedicated to documentary films about photography during the opening week, with a programme of medium-length and short films.

CARTE BLANCHE TO TËNK
Tënk, the documentary film platform, will be at Croisière for a screening of short films at the crossroads of photography and cinema. To echo this event, you can find a programme on TENK.FR until 27 August, 6 films to meet the photographers and their work.

Chet’s Romance
Bertrand Fèvre, 9 mn, 1988.
The film tells the story of a beam of light that falls in love with a musical note. It is also a tribute to the musician Chet Baker… It is the music of a legend, the portrait of a romance.

Guillermina
Aída Esther Bueno Sarduy, 17 mn, 2019.
The son of a wealthy Havana family recalls the lasting memory left by his nanny, a black woman named Guillermina who raised him in the 1940s.

6 farms, a film from my parish
Tony Donoghue, 7 mn, 2008.
The film consists of six stories from six farms in County Tipperary, Ireland. It was made using a digital camera and a minidisc recorder.

CARTE BLANCHE AT ARTE
Between documentary films on its channel and virtual exhibitions on arte.tv. ARTE, a faithful partner of the Rencontres d’Arles, celebrates photography from all angles.

Gisèle Freund, an intimate portrait of a visionary photographer
Teri Wehn-Damisch, 52 mn, 2021.
An intimate portrait of the photographer, sociologist and writer Gisèle Freund, who immortalised the greatest figures of the last century and testified with acuity to the human condition. Inspired by her friendship with the woman she met in 1983, Teri Wehn-Damisch plunged into Gisèle Freund’s archives, kept at the Abbaye d’Ardenne, the headquarters of the Institut Mémoires de l’édition contemporaine (Imec), to examine with emotion hundreds of contact sheets. Through the lens of the photographer, who died in 2000, the artistic and intellectual upheavals and whirlwinds of the last century intensely unfold, revealing also her feelings and wounds of exile.
Produced by ARTE France and Complices Films.

Documentary film screenings at the Rencontres d’Arles
As part of the official programme
In partnership with Arte and Tënk
July 7th – 10:30 pm to 12:30 am
Croisière, 65 boulevard Émile Combes
13200 Arles