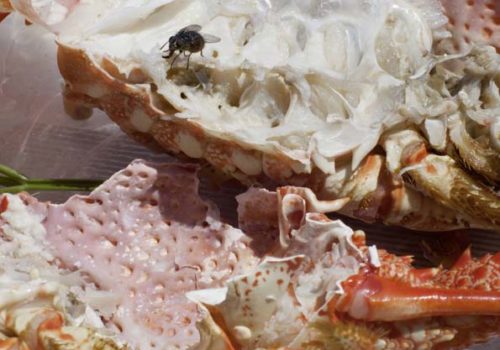 Over 20 years Wolfgang Tillmans has tested and expanded the possibilities of photography in the most varied ways through his photographic and video works. His exhibition New World presents photographs from the the new series of works of the same name, which were created in the course of numerous journeys.

Twenty years after Wolfgang Tillmans first started to form an image of the world, he asks himself whether the world can be seen ‘anew’ in an era characterized by a deluge of media images, and whether a sense of the whole can be formed. Tillmans is not only seeking the ‘new’ in terms of political and economic change, but also in relation to the digital development of photography, which now enable showing details with a degree of clarity that no longer reflects the capacity of the human eye and vision. Equipped with a digital camera, Tillmans travelled around the world and stayed in each place for just a short time – just long enough to focus intensively on the visible surface of the situation there. Hence, coverings, claddings and façades repeatedly feature in his photographs along with themes from technology and science, such as plants, animals, minerals, material deposits, means of transport and shopping centers.

These prints are combined with the large framed Silver works, which Tillmans has been creating since 1998. The name Silver arises from the dirt traces and silver salt stains that remain on the paper when the artist develops the photographs in a machine that has not been completely cleaned. The visual appearance of the deposits on the photographic paper are determined by accidental effect produced by the photographic technology which reveals the process of formation and materiality of photography.

Wolfgang Tillmans was born in 1968 in Germany. He Lives and works in Berlin and London. Wolfgang Tillmans is one of the leading artists of his generation. After studying in Britain, he entered the public eye with photographs that are considered trendsetting for the young generation of the 1990s and raised questions about subcultures and sexual identities. Since then, Tillmans redefined the very medium of photography as an artform. Ranging from intimate portraits, still lives and landscapes to vast abstract works, Tillmans demonstrates a simultaneous understanding of the emotional relationship between the photographer and his subject and the objectivity of the photographic process. In 2000, he was awarded the prestigious Turner Prize.