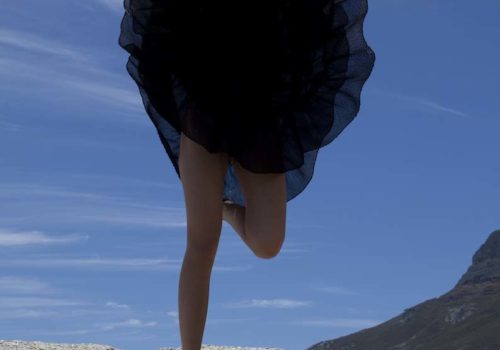 In the Netherlands and abroad Viviane Sassen is known foremost as an artist, whose somewhat surreal, colorful photographs of Africa won her the Prix de Rome in 2007. Alongside her autonomous work, however, she has long worked as a fashion photographer. Her fashion work is held in high regard, and she has carved out her own unmistakable style.
The retrospective shows images built up like painting or collage and which are born from free association and creativity. These are not generally prominent aspects in the cautious climate of today’s largely commercially-driven fashion photography, but they are typical of Viviane Sassen’s fashion photography. Over the last 17 years Sassen has developed a personal language that is sometimes surreal—with intertwined bodies, sculptural compositions and abstract forms—they are occasionally perhaps bewildering, but it is always fascinating and full of energy. Sassen’s fashion photography is marked by both innovative strength and surrealistic beauty. In contrast to her renowned personal work, Sassen’s fashion photography is commissioned work that is created in close collaboration with a team of stylists, art directors, models and make-up artists. This means Sassen can treat fashion photography as the ultimate playground, somewhere she can work quickly and intuitively while enjoying the additional benefits of having a professional team on hand to facilitate her experiments. She calls this her ‘Laboratory’.

Viviane Sassen’s spontaneous, non-commercial, and characteristically individual approach has ensured that her fashion photography goes far beyond the usual confines of this medium. The fashion domain affords her the space to carry out experiments that generate a reservoir of material with which to develop the language of her personal work.

Viviane Sassen was born in Amsterdam in 1972. She lives and works in Amsterdam. Viviane Sassen was awarded the Prix de Rome in 2007 and the ICP Infinity Award for Applied and Fashion Photography in 2011. Her much-lauded work, which unlike her fashion work arises in contemplative isolation and on far-flung travels, especially in Africa, has been collected in publications including Flamboya (2007), Parasomnia (2011) and Die Son Sien Alles (2012). Her work has been exhibited in museums all over the world, including the MoMa in New York, the LACMA in Los Angeles, the FORMA in Milan, the Kunsthalle in Vienna, and numerous other locations. Viviane Sassen will also show at the 2013 Biennale di Venizia.