Antwerp: Homage to Saul Leiter at Gallery FIFTY ONE 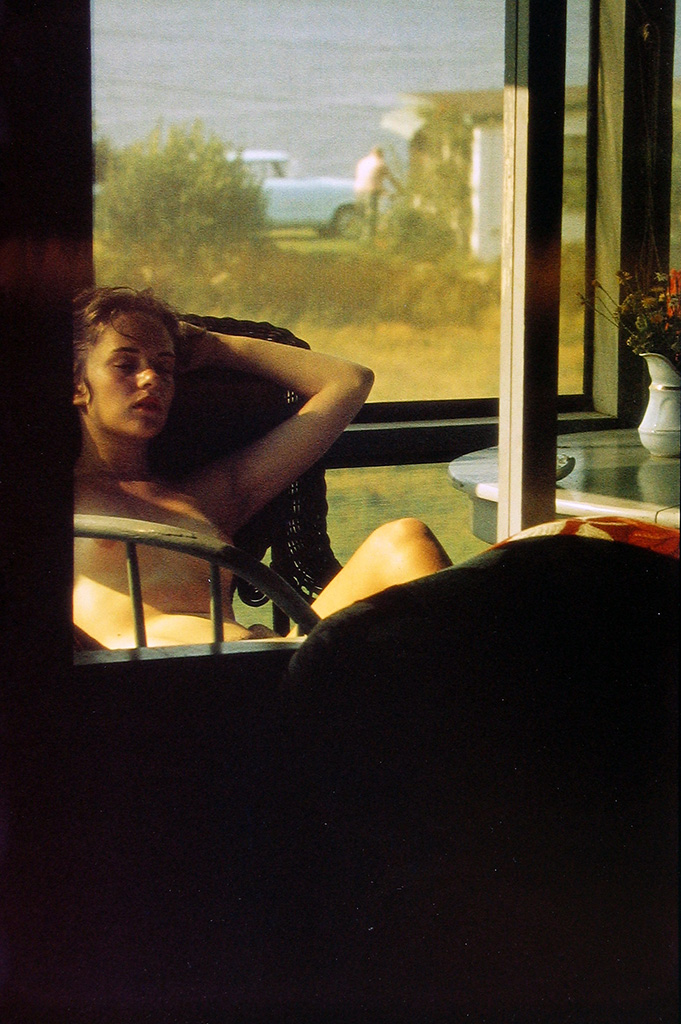 Gallery FIFTY ONE is presenting its homage exhibition showing the oeuvre of the late Saul Leiter (1923-2013), a long-term artist-friend of the gallery. This tribute will be conducted in both gallery spaces and will give a large overview of his tender, contemplative and abstract work, including black and white, ‘Early Color’ photography and gouaches on paper.
Saul Leiter is most famous for his early color street photography from the 1940’s, with its painterly effect of transitory street moments, he captured his East Village neighbourhood in New York.  His black and white street photography was composed in the same way. His gouaches on paper, in various sizes with pastel-evaporating colors, have a figurative basis, but turn mostly abstract and will be shown in juxtaposition to his photography.

In 1946 Saul Leiter came to New York City to become a painter. Soon after his arrival he was caught up in photography thanks to his acquaintance with abstract expressionist Richard Pousette-Dart. At that time color photography wasn’t accepted as an artistic medium yet. It was considered superficial and it misled the formal priorities of black and white photography. As from the beginning he started to photograph in color, but for the next twenty years he made a living with black and white fashion spreads for magazines such as Harper’s Bazaar and Vogue.

For more than sixty years Saul Leiter painted and took photographs as a duo practice and redefined the features of street photography due to his distinct visual grammar: off-center perspectives, compressed spatial dynamics, the insight for breaking up the frame in unpredictable abstract ways and an asymmetrical rhythm.
His unsaturated colors were well considered: muted color tonalities playing with large fields of undifferentiated dark and light. For his photographs he enhanced the unpredictable shade effect by using expired color film. There is a different sensibility between his color and his black and white images, but his fluid, fragmentized and compressed style remains. His favourite subjects are mirrors, shadows, reflections in glass panes  and silhouettes. Individuals in his images are often in soft focus, only partially present or almost completely absent.

Nowadays Saul Leiter’s work doesn’t need much introduction. Despite the fact that Edward Steichen exhibited him at the MoMA in 1953 in the show “Always the Young Stranger”, there was a time when his work  disappeared into  oblivion . Thanks to his monograph Early Color published by Steidl in 2006 Saul Leiter received great recognition and a new generation of admirers of his work emerged.
His photographs are included in important museum collections such as the Museum of Fine Arts of Houston, the Art Institute of Chicago, the Victoria and Albert Museum in London, the National Gallery of Australia, the Whitney Museum of American Art, the Yale University Art Gallery and many other public and private collections.
In 2014 The  estate of Saul  Leiter  was established to continue to underline his artistic legacy, to list the many unpublished work yet to be discovered and to introduce it to the players of the art world.