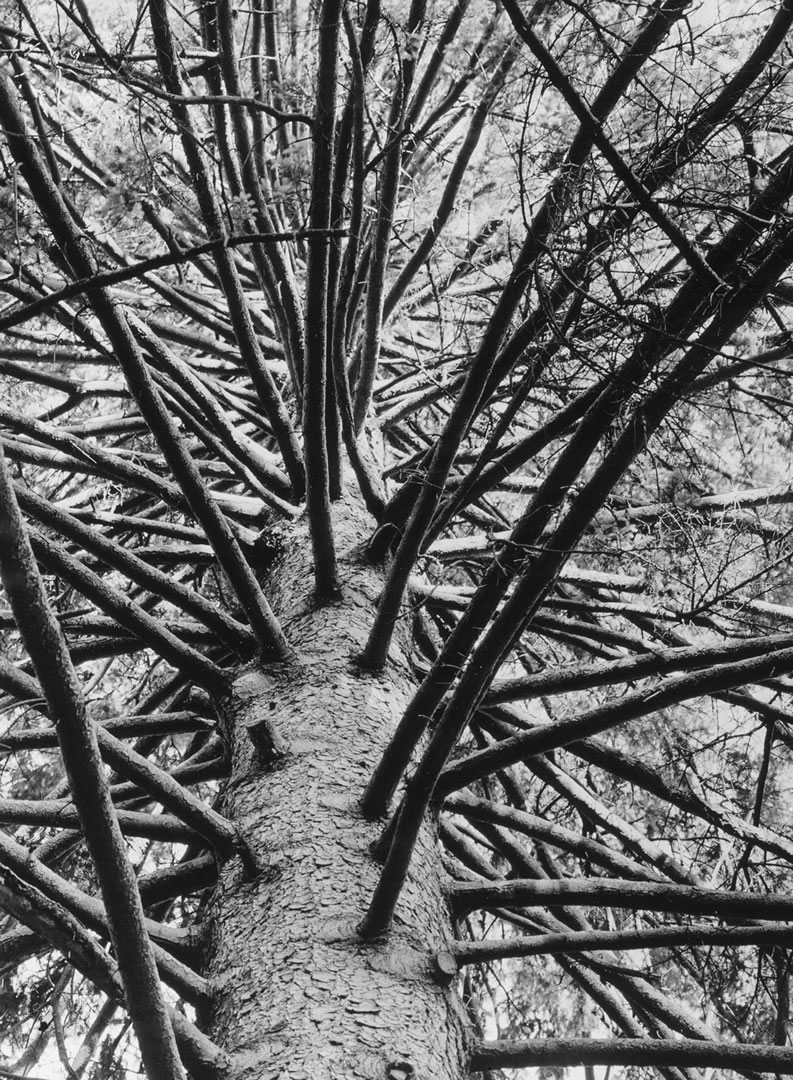 In a letter to Ernst Jünger, Albert Renger-Patzsch describes his work for the publications “Bäume” (“Trees”, 1962) and “Gestein” (“Rocks”, 1966) as “the sum of [his] existence”. They were to be the last two photobooks that the most famous protagonist of New Objectivity photography published before his death in 1966. Both series of works had been initiated and funded by the industrialist Ernst Boehringer, for whom Albert Renger-Patzsch had already completed several projects since 1949. The books were published after lengthy preparations and in an elaborate production process, in a small run, printed by the private press of the C.H. Boehringer Ingelheim pharmaceutical company and were aimed at an exclusive audience.

Albert Renger-Patzsch’s exploration of nature as a motif is not merely a phenomenon of his late work. Even in the early stages of his photographic career, in his work on the plant books for the Auriga publishing house in the early 1920s, the photographer used the theme of nature to try out his technical skills, and in doing so ultimately developed the kind of photographic repertoire for which he continues to be known today: truncated images, extreme sharpness and a particular focus on surface qualities. The work series, “Bäume” and “Gestein” are an unbroken reflection of these characteristics, even though the dynamism of his early photographs gives way to a more static visual style in the late work. The viewer’s gaze is now steered away from the single, visually dense image to a series of images taken of the same circle of motifs.

As Albert Renger-Patzsch once emphasised to Boehringer, “circling the subject” was the highest goal in the book projects they worked on together and was something that had to be achieved not just optically, but also from a scientific and literary perspective. In keeping with this idea, an essay by the famous author Ernst Jünger was incorporated in each photobook, alongside texts from a dendrologist and geologist respectively. Jünger’s texts juxtaposed Renger-Patzsch’s photographic documentation with a mystical exploration of the subject. The lively correspondence between Renger-Patzsch and Jünger, maintained from 1943 to 1966, testifies to the fact that the photographer was not merely aware of the difference between the photographic and literary exploration of the theme, but positively welcomed it. These letters make clear where exactly Albert Renger-Patzsch saw his work, positioned between science and literature, and how he wanted his last two publications to be understood.

Of trees and rock, Albert Renger-Patzsch and Ernst Jünger.
Until February 26, 2012