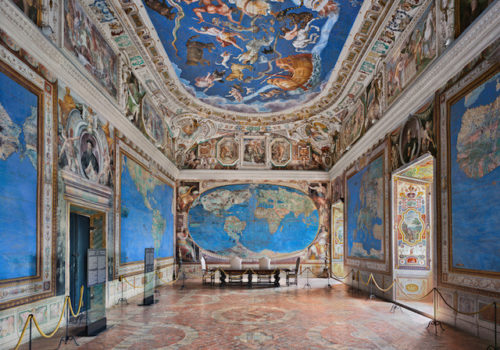 Ahmet Ertug is a photographer known worldwide for the work he has been conducting for forty years around major heritage architectures, whether religious or cultural. After having worked as an architect, he devoted himself entirely to photography. Winner of a Japanese scholarship, he contracted, during his one-year trip to the Japanese archipelago, a passion for heritage, and first of all the architectures of the sacred, through the discovery he made of the great religious sites of the country. Back in Turkey in the 1970s, aware of the need to preserve the memory of the great sites then abandoned, he embarked on a vast campaign of photography of Byzantine, Ottoman and Islamic heritage in Turkey and Iran. More broadly, from Hagia Sophia to Istanbul, to Saint Peter in the Vatican, Ahmet Ertug travelled the world in search of the most beautiful examples of ancient architecture – Roman, Byzantine, Ottoman or Christian – illustrating the three principles established by the theorist Vitruvius: durability (firmitas), usefulness (utilitas), and beauty (venustas). By using large format cameras, negatives the size of his subjects (25×25 cm), with long exposures, and drawing on the expertise of his architectural eye, Ertug restored in his shots what makes an architecture monumental and what contributes in its smallest detail to the spirit of the place.

The artist puts all his energy into fighting against time but also capturing what time adds to these monuments devoted to worship (places of prayer), to art (museums, palaces), to music ( music salons, concert halls) and written heritage (libraries). For Ahmet Ertug, “many of these marvelous volumes that my photography records have been returned to the public through photography or painting for centuries; there is nothing new. But what I bring which is new is the singular relationship of a man to these extraordinary spaces, relying on a photograph equipped for a dialogue with the monumental. These experiences, these aesthetic or spiritual emotions that arise from the contemplation of these unique places, I try to share them with the public”.

Ahmet Ertug is a formalist who likes perspectives, columns, domes, the way the eye rushes forward towards an ideal point (the vanishing point) where the view disappears, thus tipping into another dimension. He also loves the luxuriance of details in the decor – mosaics, frescoes, painted ceilings, sculpted or ornate moldings. Perhaps this extraordinary image quality owes its existence to the 20×25 cm negatives that he uses with his large format Sinar p2, a modernized generation of the old cameras equipped with a wooden chamber and a copper lens. But it also owes even more, in a more immaterial way, to the fact that the photographer’s gaze melts into his object, sensitive to the totality of the work built. “I follow in the footsteps of the architect who built what I see. Then I wonder where this man, from whom I am separated by centuries, would have posted himself to contemplate his work. Only then do I settle down. The whole soul of the place is thus resurrected in my first image. »