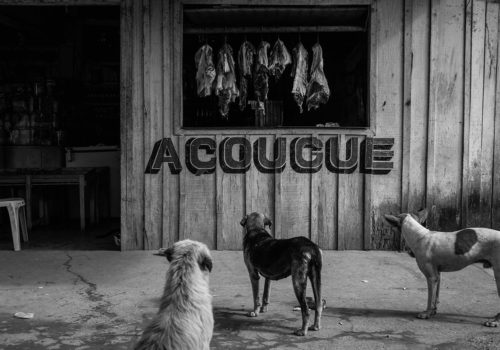 The W. Eugene Smith Fund announced it is now accepting applications for its 43rd annual Grant in Humanistic Photography and will return to its tradition of awarding a single grant of $40,000. An additional $5,000 grant will be awarded as a Fellowship, and two finalists deemed worthy of special recognition will each be given a grant of $2,500. For the past two years, the Smith Fund Board of Trustees voted to award $10,000 grants to each of five entrants, a decision based on the decline in available grants, especially for the arts, and the difficulty photographers had with finding work during Covid isolation and shutdown mandates.

In 2022, The Smith Fund is accepting applications for the 5th annual Eugene Smith Student Grant ($5,000), open to all collegiate-level students, and the 26th annual Howard Chapnick Grant ($10,000), which honors an individual or organization whose services support photographers. Since the Fund’s inception in 1979, it has awarded over $1.1 million to photographers whose past work and proposed projects follow the tradition of W. Eugene Smith’s career as a photographic essayist.

The deadline for submitting applications for all grants is May 31, 2022.

“We continue to be impressed and inspired by the quality of work submitted by photographers the world over and especially during the past two years,” said Scott Thode, president of the W. Eugene Smith Memorial Fund, noting that ten grant recipients were each presented with $10,000 grants during the past two years. “This year we will return to The Fund’s tradition of awarding a single $40,000 grant as well as fellowship awards. Individual recipients of the Howard Chapnick Grant and Smith Student Grant will remain unchanged.” Mr. Thode also noted that thanks to the generosity of past grant recipients and finalists, and patrons of the arts, the Smith Fund’s second annual holiday print sale will provide additional funding needed to support documentary photographers and their important projects around the world.

The Smith Fund will continue its partnership with several international photo organizations, encouraging documentary photographers from a variety of demographic and socio-economic backgrounds to submit their work to the annual Smith Fund grants. Organizations currently partnering with the W. Eugene Smith Fund include African Photojournalism Database, African Women in Photography, Authority Collective, Black Women Photographers, Diversify Photo, Everyday Projects, Foto Féminas, Indigenous Photograph, Magnum Foundation, and Women Photograph. Collectively, these organizations provide media outlets, art buyers, and editorial directors with an expansive portfolio of diverse international talent whose work is often ignored or overlooked. These organizations have the ability to waive entry fees for the Smith Grant ($50), Chapnick Grant ($50) and Smith Student Grant ($10), as they deem appropriate. Entrants should visit entry rules to determine if they qualify to have their entry fee waived.

The W. Eugene Smith Grant in Humanistic Photography is presented annually to a photographer whose past work and proposed project, as judged by a panel of experts, follows the tradition of W. Eugene Smith’s dedicated compassion and humanistic approach to his subjects throughout his career as a photographic essayist. Past recipients have included Lalo de Almeida (2021*), Justyna Mielnikiewicz (2016), Peter van Agtmael (2012), Darcy Padilla (2010), James Nachtwey (1993), Eli Reed (1992), Sebastião Salgado (1982), and Jane Evelyn Atwood (1980), among dozens of others.

The Smith Fund Student Grant now in its 5th year, was created to encourage students to utilize the photographic medium as a form of humanistic observation and social activism. The $5,000 grant provides a special category for all collegiate-level students (photo and non-photo majors) to submit their documentary photography and share their stories.

This grant is presented to an individual for their leadership in any field ancillary to photojournalism, such as picture editing, research, education, and management. It was established in 1996 to honor the memory of Howard Chapnick who led the Black Star Photo Agency, and to acknowledge his enormous contribution to the field of photography. The grant may be used by the recipient to finance a range of qualified undertakings, which might include a program of further education, special research, a long-term sabbatical project, or an internship to work with a noteworthy group or individual. This grant is not for the creation or production of photographs.

The W. Eugene Smith Memorial Fund, Inc. is a non-profit corporation qualified as tax-exempt under Section 501(c)(3) of the Internal Revenue Code. The W. Eugene Smith Memorial Fund is supported by generous contributions from The Phillip and Edith Leonian Foundation, Earth Vision Institute, and the John and Anne Duffy Foundation. Additional support is provided by the International Center of Photography, Penumbra Foundation, and Synergy Communications.