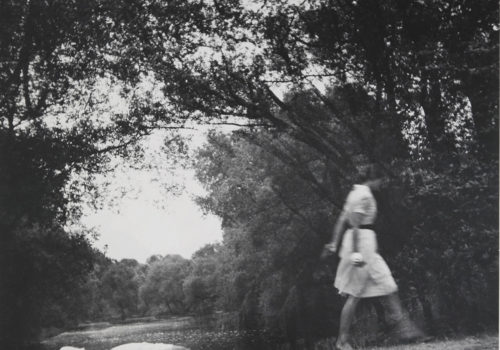 Von Lintel Gallery announces their next exhibition, which is dedicated to the work of Floris Neusüss (1937-2020).

Floris Neusüss lived and worked in Germany. He sadly passed away last year unexpectedly, and is without doubt, one of the sleeping giants of photography.  It has been my great privilege to work with him and his wife and collaborator, Renate Heyne, exhibiting his works for close to a decade, both in New York, and LA.  Neusüss has left his indelible mark on the rich history of the Photogram.   Recognized as a true pioneer,  who ignored conventions of his time, he is widely collected by major institutions like the the Art Institute of Chicago, the Houston Museum of Fine Arts, the Getty Museum, the Los Angeles County Museum of Art, the Museum of Modern Art in New York and the Victoria and Albert Museum in London, amongst many other esteemed institutions.

As an artist, writer, and professor, Floris Neusüss embraced the photogram in the 1960s and never let go for the rest of his career. A camera-less process that brings objects in direct contact with light-sensitive paper, the photogram was first employed by William Henry Fox Talbot in 1835. Neusüss followed in the footsteps of photography pioneers such as Talbot and Anna Atkins, as well as those of twentieth-century artists Christian Schad, Man Ray, and László Moholy-Nagy, injecting new ambition into the process beginning in the 1960s, when he made large-scale, whole-body photograms titled Körperbilder. His 1970s Nudograms series featured the nude forms of women, who appear to be floating in space. Despite the lack of surface detail that makes it impossible to identify distinctive features, these full-scale images convey a sense of intimacy. Neusüss once said, “This intimate physical connection inscribes itself into the paper and this, if you are open to it, is the real fascination of photograms.” When he stepped outside of his studio in 1978 to make large-scale photograms of subjects in situ, he focused on a latticed window at Talbot’s home, Laycock Abbey in Wiltshire, England.

In the 1980s Neusüss began the series Nachtbilder, for which he placed photo-sensitized paper face-side down in a woodland or garden at night, allowing ambient light to expose the paper. At times, lightning storms would create bursts of light that both captured and transformed flora, fauna, and figures.

“Photograms never allow you to see through them. The ‘space’ in them comes from the viewer’s imagination,” Neusüss once explained. “Perspective and horizon are absent from photograms, so the space is theoretically unending.”

The Von Lintel Gallery exhibition features work spanning 50 years, including his early experimental photography of the late 50’s and early 60’s when he was a student at the Bavarian State School of Photography in Munich followed by his studies with Heinz Hajek Halke at the Academy of Fine Arts in Berlin. We will of course also show a selection of his iconic Nudograms—Körperbilder—from the 1960s and 70s that were made by exposing the human figure directly onto photographic paper. The proximity of the model to the paper influenced the sharpness of the contours and the amount of light dispensed affected the intensity of the tones. Movement—either accidental or intentional—dissolved and fractured the silhouettes into transcendent forms removed from any sense of time or place. Despite the subject’s absence, a palpable intimacy—or, presence—is felt. Such is the magic of a photogram. A similar phenomena transpired when Neusüss applied the photogram to portraiture.  He and Robert Heinecken were friends and collaborators.  The Getty Museum owns Dinner for Heinecken—a Neusüss photogram exposed during a dinner that used light-sensitive paper in lieu of a table cloth.  During another work session, Floris exposed Heinecken’s full body on profile.  The work— included in the show—does not reveal any surface details and yet the expressive body language and attitude of the subject is uncannily recognizable.  As Neusüss says, “If you knew Robert Heinecken, when you look at his portrait photogram, you automatically feel close to him.”

Nachtbilder, a series produced by placing photo paper emulsion side down into a woodland or garden at night will also be featured. At times created during a thunderstorm, lightning would expose the paper from all directions, catching gusts of impressions from below and above.  A sense of movement and chaos transformed the familiar into something much more arresting; an aesthetic echoed throughout Neusüss’ career.